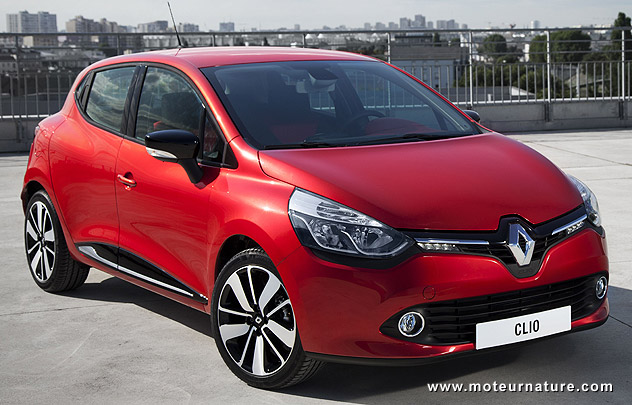 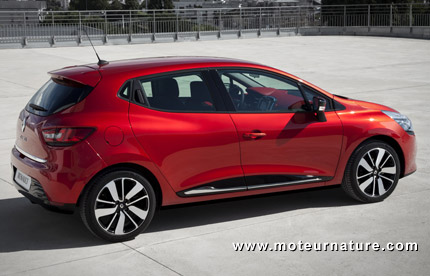 This is the new Renault Clio. The French people have been buying more than 10,000 each month for more than 20 years. In its best months, it made more than 20,000 sales, making it the most popular car in France. The Clio is also big everywhere in Europe, and the launch of this fourth generation is a major event. The new design is bolder, more aggressive and more stylish, but there’s a downside: the disappearance of the 2-door Clio. All Clios will now have 4 doors. The car is slightly bigger than a Ford Fiesta, with a sexy look that should make it appealing to young people but its main selling point will be its very fuel efficient engines, both gas and diesel. 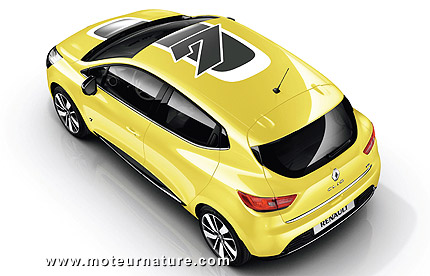 The gasoline engine is totally new. This is a downsized .9-liter inline-3. With a turbocharger, it makes 90 hp and exactly 100 lb-ft of torque. Hardly exciting numbers but it will do the job for daily urban driving. Customers will be more interested with fuel economy. The Clio gets a remarkable 54 mpg rating (combined), drivers on a budget will appreciate. The diesel is even better, with a reworked version of the well-known 90 hp 1.5 liter. As with the small gas engine, a Stop & Start device comes standard, and fuel economy is exceptional with an incredible 73 mpg rating (combined). We know that official ratings are always a bit optimistic, but even if the car is 15% off that number in the real world, the Clio would still be an incredible fuel miser. The only other car with a better rating is the smaller Toyota Yaris hybrid. 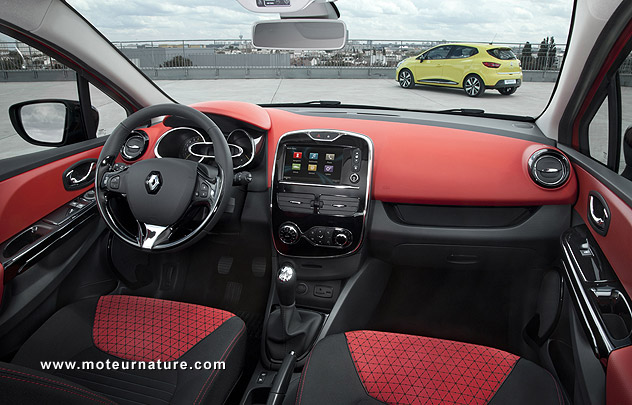 The Renault Clio will launch this October in France, and it should be available in most of Europe before the end of the year.

One thought on “New Renault Clio, the most fuel efficient non hybrid car in Europe”