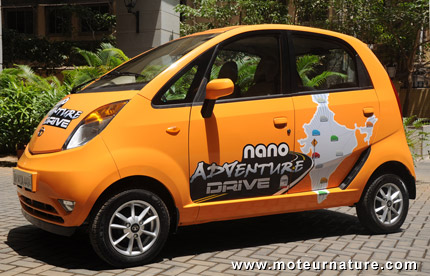 At 62, Mr. Thomas Chacko has decided to offer himself a great road trip. He chose to drive all around his country. As an Indian, this means a 15,500 miles trip, which Mr. Chacko plans to accomplish in 80 days. That’s far from fast, but Indian roads are also far from perfect, and speed is not in the game. To spend more than 2 months on the road, Mr. Chacko has chosen an Indian car, the emblematic Tata Nano. With a modest 38-hp engine, the Nano is very slow by western standards, but thanks to its 1350 lbs weight, it’s very cheap to run. Official fuel economy data is 58 mpg, which means Chacko could theoretically make the whole trip with only 264 gallons of gas. Hotel for 80 nights will cost much more! 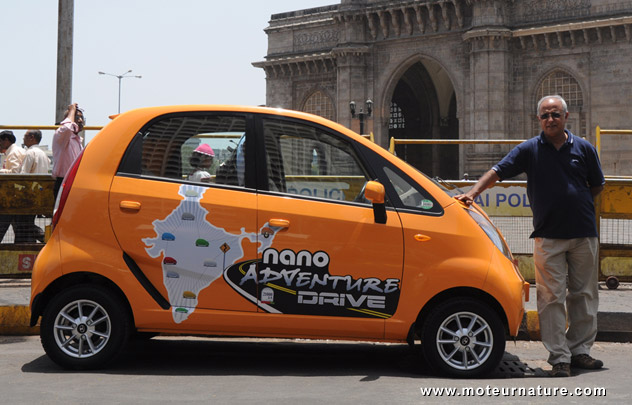 Tata sales are still way below what Tata initially expected, but Tata Motors should manage to sell more than 100,000 this year. Sure, the Tata Nano cannot compete with any car sold in America or Europe, but this is a new car that sells for less than $3,000. And it comes with a 4-year warranty! No car can beat a Nano on value.

The little Tata shall get greener next year, with a natural gas version and a diesel engine. Both will reduce the car’s CO2 emissions, and make the Nano even cheaper to run. Considering India’s huge population, it’s a great chance. Everywhere in the world, with more and more people becoming drivers, the world needs more efficient automobiles.