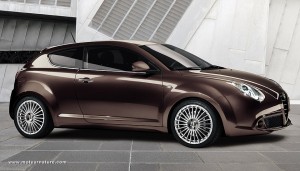 Alfa Romeo should make its return to the American market in 2013/2014, but here’s one car that should never make it in the US, that’s the smallest model: the Mito. It’s a bit larger than a Ford Fiesta, but it comes with 2 doors only. Most Americans would look at it as a very small car, but many people like it in Europe. They see it as a more stylish competitor to the British Mini. Ala Romeo advertises it with a highly turbocharged 170-hp 1.4-liter gas engine, but most people go for the more economical MultiJet diesel. They shall be even more inclined to do so now that an even thriftier diesel is available. It’s a second generation MultiJet. 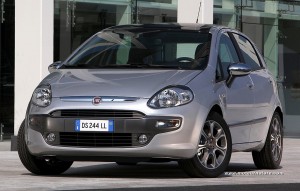 High performance wasn’t part of the game, and most Americans would think about this car as sluggish. Accelerations are roughly the same as a Honda Insight. The engine is a very small 1.2-liter 4-cylinder turbo-diesel, making 85-hp. Torque is better, with 148-lbs/ft at a very low 1,500-rpm. With a variable-geometry turbocharger, 23,520-PSI fuel injectors, and a Stop & Start system, economy is great: 67-mpg according to official testing (combined rating). This engine is also available in the Fiat Punto (right picture), which offers the choice of 2 or 4 doors.

If you wonder why hybrid sales are so low in Europe, don’t look any further than these 2 cars.