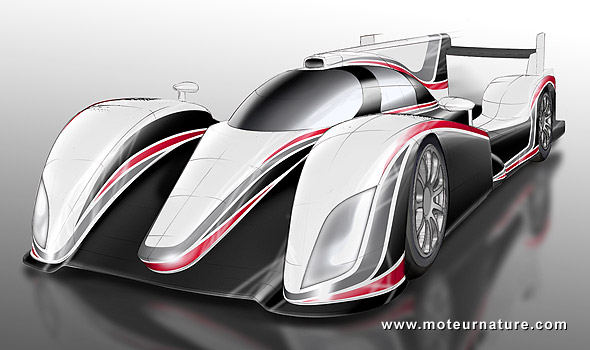 Toyota has raced in Le Mans before, it even set a lap record once, but it never won the race so a comeback was expected. It will happen next year with something few people expected: hybrid tech.

Porsche has been racing a hybrid race car at the Nurburgring for 2 years, it has already hinted that it could bring that technology to Le Mans, but that shouldn’t be before 2014. So Toyota has an opening there, because the Japanese manufacturer will be the first to run a hybrid in Le Mans with a big budget. Yet, that is very far from having a competitive car.

Like it or not, diesel rules in Le Mans today. Toyota will try to beat it with a gasoline-hybrid power train, the way it’s doing on the passenger car market. But that will be a huge task. Audi’s latest V6 diesel is both light and strong, and makes a lot firepower. Also Audi has been wining several years in a row, it gained an incredible experience which Toyota obviously lacks.

So there’s no doubt many people would like to see one hybrid in front of a diesel, but we should not expect that before 2013 at best. Toyota says it’s building the drive train at home in Japan, whereas the chassis will be built by Toyota Motorsport, in Germany. The car shouldn’t drive before early next year, and that doesn’t leave much time to get ready before the June’s round the clock race.

More than that, no details have been released, but everybody wonders what technology Toyota will use. Its Hybrid Synergy Drive is fantastic for city driving or part-throttle openings, but it doesn’t seem well-suited for high speed driving. Average speed at the 24 Hour of Le Mans is above 130-mph. Batteries may not be fast enough.