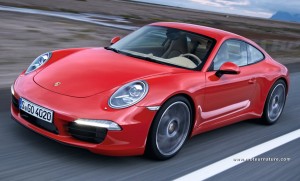 Darwin invented the theory of evolution, and it applies to the Porsche 911. For nearly 50 years, the 911 has become better and more sophisticated, but the 2012’s going one step further: this is a new generation 911. The sixth generation of a legacy that started in 1963. It has an all new chassis, which makes more use of aluminium for weight reduction, and Porsche claims a 100-lb gain. Quite impressive considering that all overall dimensions are larger. Better aerodynamics will also help give the 911 stronger performance, though top speed is not revealed yet. The base 911 Carrera gets a 350-hp 3.4-liter (down from 3.6-liter), it will hit 62-mph in 4.6-seconds with the PDK (double clutch automatic) transmission. 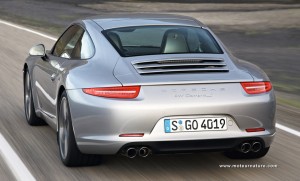 The Carrera S will get a 400-hp 3.8-liter. With the fast PDK transmission and the optional Sport-Chrono-Paket, which includes a launch control feature, the car will jump to 62-mph 4.1-seconds. Definitely supercar territory. Another advantage of the PDK transmission is that it’s very quick to upshift when driven conservatively, giving good fuel economy. The Carrera S is rated at 27-mpg (combined) on the official European test. The base Carrera is even better, getting nearly 29-mpg. These are incredible values for such a high performance automobile. The base 911 Carrera will cost 88,037 euros in Germany, tax included ($126,958). That’s only 3% more than the outgoing model 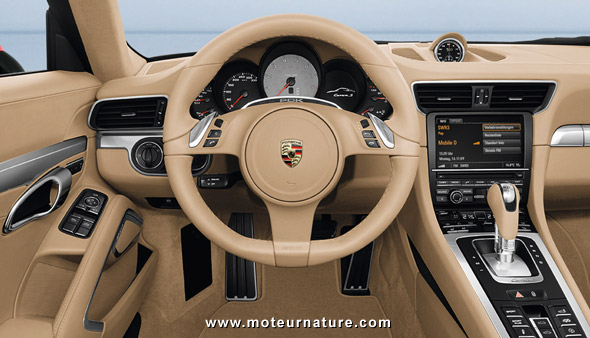 4WD models should arrive next year, and the turbocharged model the year after.