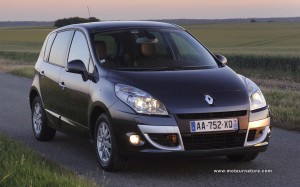 They’re still rare in the U.S. but diesels are the norm in Europe, taking more than half of the market, and about 70% in France. It’s easy to understand why when you look at the specs of Renault’s latest offering. The new engine is a 1.6-liter inline-four. That sounds small and it is. But that small engine gives 130-hp and 236-lbs/ft of torque. The strength of diesel engines is that they make torque really low. That 236-lbs/ft peak is attained at a tractor like 1500-rpm, so you have the feeling of an engine much bigger than it is. It’s only when you look at your fuel bill that you know how small the engine really is. 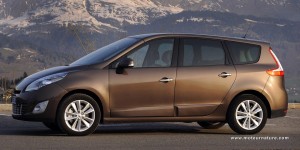 Making more power and torque than the 3.1-liter V6 of a 20-year-old Chevrolet Camaro, the new diesel from Renault is turbocharged and has a common-rail injection system. It’s rated at 52-mpg on the official European test cycle. That’s in a Renault Megane Scenic, which is a crossover version of the Megane, a Focus-sized car. Official numbers don’t tell the truth, but anyone can expect more than 40-mpg, which I think is quite remarkable for a vehicle of this size. The base Megane version, lower and lighter, should be even better. The transmission is a manual 6-speed, the performance is about the same as in a Toyota Prius. Not fast, but more than adequate.