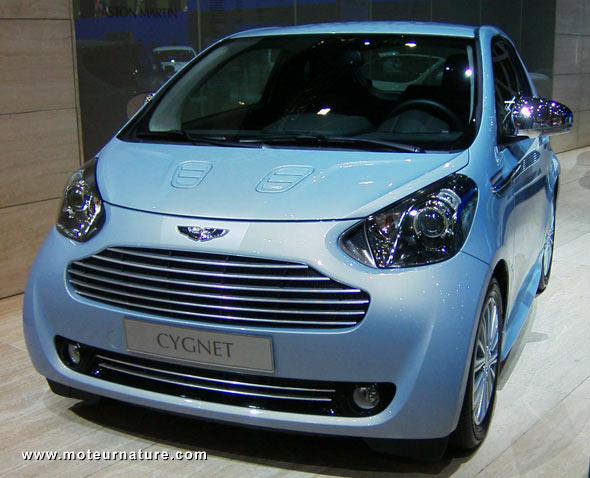 The Cygnet is an Aston Martin, but there’s no denying it’s a huge departure from everything the brand has ever made. A super small city car! Would James Bond drive one? I can’t answer that question, but I’ve had the opportunity to witness a Swiss gentleman, who is a long time Aston Martin fan (he owns several models), telling he wanted to buy one. Alas, not for him. He said it would be for his wife. But he seemed pretty enthusiastic about the car, understanding that Aston Martin has been through rough times and that the business of high end supercars is a difficult one. Highways are getting crowded, speed limits are everywhere but in lovely Germany, and the business looks much more promising for a super luxury city car. And the Cygnet certainly delivers.

Forget those who say it’s a rebadged Toyota Iq. This is a totally different car, so much that from the front, it doesn’t even look at all like the little Toyota. It’s much classier. And the quality of the leather inside is far beyond anything you’ve seen under a Toyota badge. I am convinced that in Europe, there will be someday people enjoying the cars Aston Martin is known for on week-ends only, while driving a Cygnet on weekdays. Because it just makes sense. What’s the use of driving a 180-mph V12 DBS in tight city traffic?