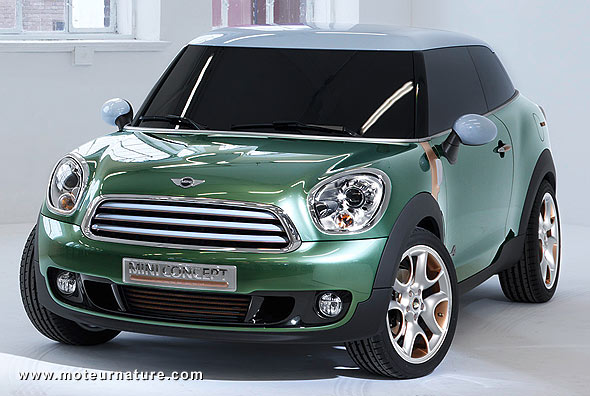 I’ve always been a big fan of the original Mini, the one which dates back to 1959. A 4-seater only 120-inches long. Only the Toyota Iq does it better, but it’s much less nicer to look at. The Mini is cute, it has always been and I thought it will always. But a big part of that cuteness is due to its small size. I was disappointed when I first saw the new Mini from BMW, in 2001. There’s no doubt it was a much better car in all aspects, but it was also way bigger, 21-inches longer to be exact. It grew again in 2007, adding 2.5-inches.

Then came the Countryman, which is some kind of a Mini SUV, with four doors and a raised stance, 161-inches long. Is the limo version far behind? The Mini Countryman was the biggest Mini ever with a reason, it was also the first with 4 doors. Everybody understood that adding doors meant adding length, but how can we understand this Paceman concept that will be introduced at next month Detroit motor show? 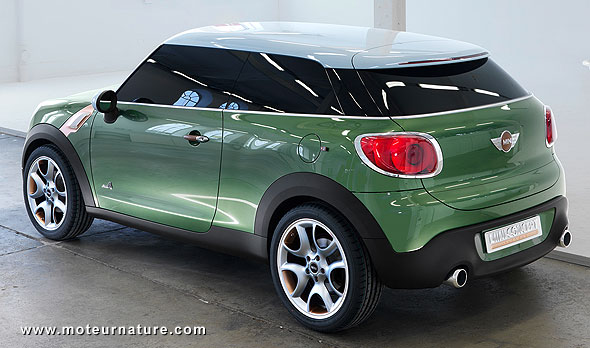 It has only 2 doors, but it’s as big as the Countryman. It’s bigger than a Ford Fiesta! Isn’t the Mini supposed to be one of the smallest car on the market? The original Minis are getting rare, but each I see one, I marvel about how small it is. Small, light, efficient. That isn’t the way Mini is taking now, I hope they will make a U-turn soon.