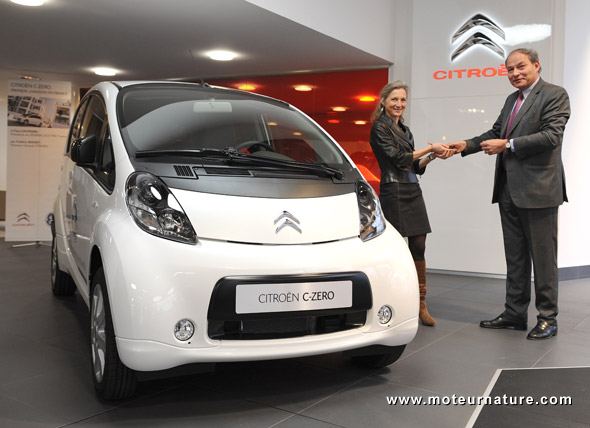 GE made a big commitment a few weeks ago: the company said it will buy 25,000 electric cars by 2015. 12,000 of them will be Chevrolet Volts. Many Fords are also expected, but it was a surprise to find out that GE’s first new electric car comes from a French brand, Citroën. Second surprise, this car won’t drive in America, as Citroën has left the North-American market several decades ago.

The electric Citroen C-Zero was bought in France, and it will stay there in the hands of Mrs Clara Gaymard. Gaymard is the head of GE in France. She said she was proud to be Citroen’s first customer for this new model, which was launched late September. Deliveries are only starting now, and Citroën was more than happy to give the first model to a high profile customer like GE. 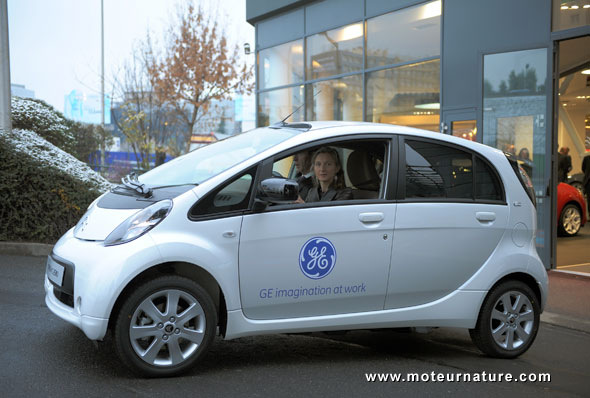 The Citroën C-Zero is the French brand’s latest electric model since it stopped making electric cars in 2002. But there’s a big difference as those past models were real Citroën cars, whereas this C-Zero is a Mitsubishi i-MiEV with Citroën’s name on it. The 2 manufacturers have a joint-venture, in which Mitsubishi makes cars in Japan, and Citroën sells them in Europe.

As a French, that hurts! I wish Citroën would develop its own electric cars again. Maybe in a few years, if the C-Zero sells in big numbers…