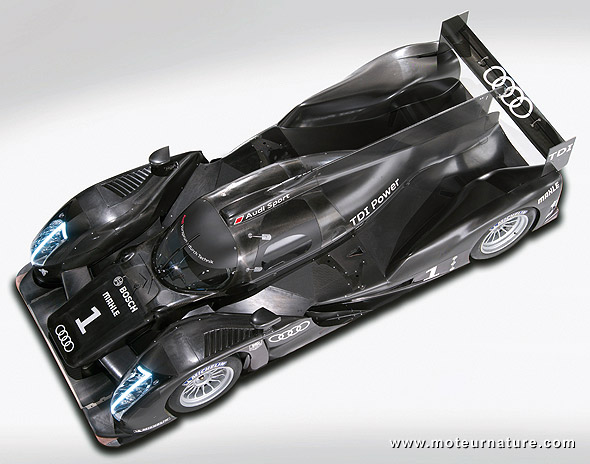 Audi has been the ruling the 24 Hours of Le Mans for 10 years now, with no less than 9 wins since 2000. They won with gas engines, they made the choice of going with diesels, and they kept on winning. So Audi’s clearly the team to watch, now more than ever because big changes were expected. Audi won comfortably last June, but the Peugeots were getting faster lap times. The Audi cars won because they were bulletproof, not because they were the fastest. Some new regulations also meant a lot, and Audi has unveiled an all-new car on Friday night.

This LMP1 prototype race car looks very different from the previous models. It’s a closed coupe when past models had an open cockpit. First thing you notice are the LED lights, which will be a first for Le Mans, but there are more important changes under that super sleek body. It was a shame when production Audi cars get 6 or 7-speed transmissions, but the R15 that won Le Mans this year had a 5-speed gearbox. The R18 finally gets a 6-speed with the engine behind it a complete revolution. 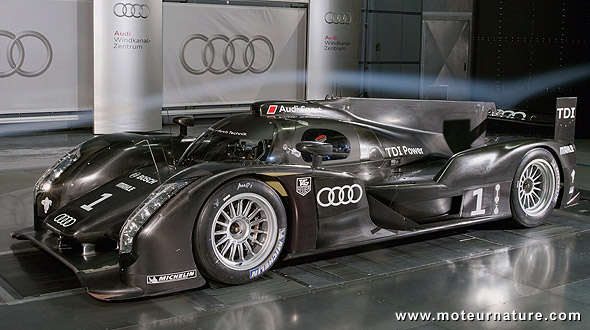 Going from a 5.5-liter V10 to a 3.7-liter V6 is not a business-as-usual decision, and I guess the rules had been highly influential. I think about the air-restrictors that ACO (L’Automobile Club de l’Ouest, which organizes Le Mans races) mandates to prevent the engines making too much power. That small V6 will breathe better than a big V10 would with the given air allowed.

Of course, a big advantage of the V6 will be in weight. I expect the V6 to be around 60 kg (130 pounds) lighter than the V10. This new engine will also be much smaller, giving the engineers huge opportunities to fine-tune the weight balance of the car.

So power will be down a little bit, torque will fall very significantly, but the R18 will be much more agile, with less weight, and better aerodynamics. Another very important matter will be that the car will get much better fuel economy. In a 24-hour race, it means less time at the pit…

We don’t know yet what the competition will do, but Audi looks once again as the strongest contender. More than that, the German engineers are writing the rules for others to follow.