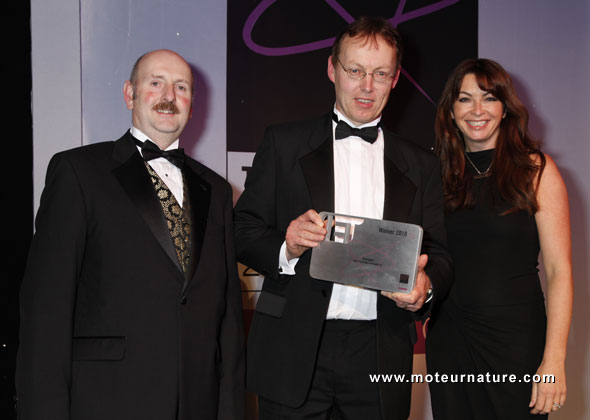 There’s something similar in the first electric cars of the 21st century, with the gasoline cars from the late 19th century. Their transmission. The most modern electric is probably the Nissan Leaf, it doesn’t have a gearbox. You can drive forward, you can also drive in reverse, but it doesn’t have gears to optimize engine speed with the speed of the car. Same as the gasoline cars from 1895.

Every engineer know there’s much to gain from a gearbox, and I know it too, since I’ve already driven a Fiat and a Peugeot electric with a 5-speed manual, and I liked them. But they were imperfect because their transmissions weren’t designed for electric motors. Specific transmissions are needed, specialists from Antonov just made one. It’s a 3-speed.

It is specifically designed for electric motors, with a low gear giving increased regenerative braking, and a long gear for better efficiency at cruising speed. This transmission was nominated at the 2010 Innovation Awards from the famous Institution of Engineering and Technology, and it won an award in the Transport category. 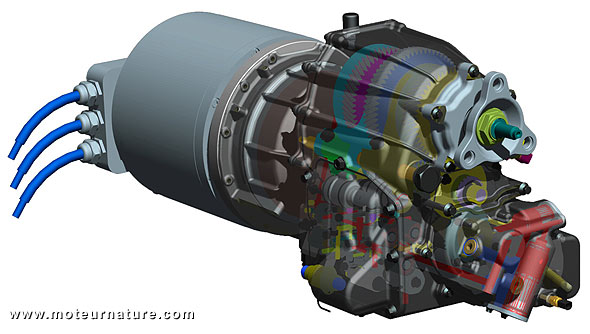 Judges were particularly impressed by the innovative design, and how it can reduce the overall size and weight of electric vehicle power trains compared to single-speed motor solutions, and how the motor is maintained in its optimum efficiency range, as well as power saving features within the control system. We hope some car manufacturer will soon buy this transmission for an upcoming electric model.