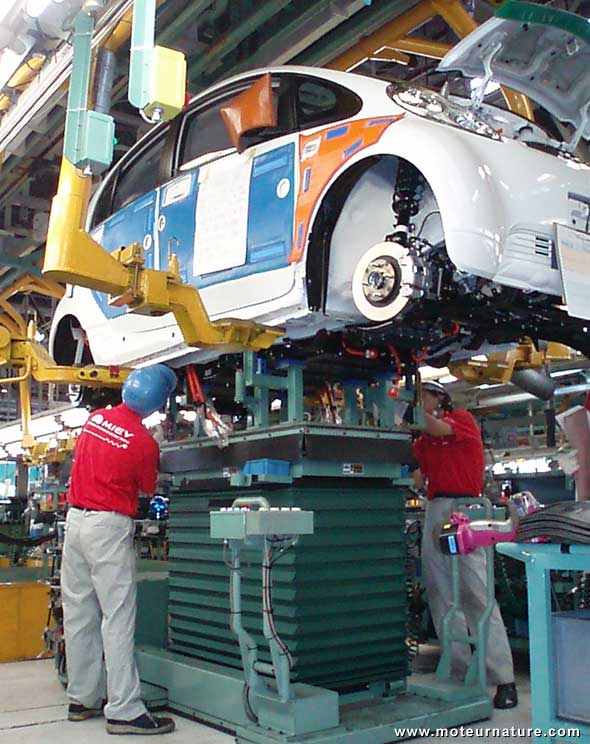 I first saw an electric Mitsubishi i-MiEV in Germany in 2007. It was a prototype but already well developed, with many months of testings behind it. It became a production model the following year, and production effectively started in June 2009. 5000 cars have been built since then. If you think that it doesn’t sound like much, you’re entirely right. Volkswagen is manufacturing about the same number of Golfs every 3 days. Still, for pure electric cars, it’s an impressive number.

Better still, this number is bound to rise for several reasons. The first being that Mitsubishi has more orders for its cars, the second is that the Japanese company has started production of the i-MiEV twin sisters, the Citroën C-Zero and the Peugeot Ion. Citroën expects to sell 4000 C-Zéro next year. Last, but not the least, the electric Mitsubishi is about to be launched on the American market.

We can be confident production figures will be much higher next year… But still very low compared to gasoline models.