Fiat is the leader in Europe. Am I talking about small cars? No, I’m talking about cars running on compressed natural gas (CNG). No other manufacturer sells more CNG cars than Fiat does in Europe, and Italy is the largest market, with Germany’s second. Thanks to government incentives, CNG is big in Italy. If you can read italian, you’ll see that in this large forum with tons of information about cars running on metano (methane, the main component of natural gas). 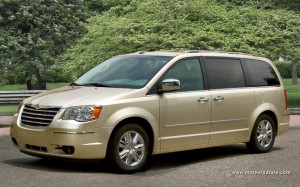 With the Chrysler group under the helm of Fiat, Sergio Marchionne, Fiat’s CEO, had an idea. How about making Chryslers run on CNG too? Marchionne doesn’t say it clearly, but that’s obviously what he had in mind when he talked about natural gas last week in Detroit (information from Reuters). Do you want to reduce CO2 emissions from cars? Easy, convert them to CNG. You’ll get a 20% reduction instantly. Of course, natural gas is not the perfect fuel as it has a low density. A CNG tank has to be 3 times as big as a gasoline one, so most CNG cars have a reduced range, but that is not a problem for large business users, who can also set up some refill station on site. Besides reduced emissions, the great advantage of natural gas is its cost. In Italy, CNG is about half the price of gasoline. Last but not the least, natural gas doesn’t come from some far and unfriendly country, the US has plenty of it.

A strong political will is needed to launch CNG as a fuel, and Marchionne asks for it. Who’s listening? Wouldn’t you want a Chrysler Minivan running on natural gas?