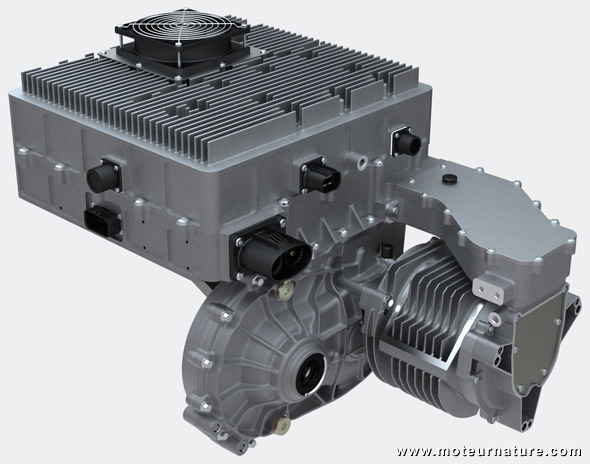 A british company, Zytek is pretty well known for its talent in designing electric drivetrains. Working for the Daimler group, Zytek engineered, and built, the first batch of electric Smart Fortwo. And Zytek has kept on working with the germans, making the electric Smart better, and organizing its industrial production. With more than 20 years experience in electric propulsion, Zytel has few competitors. The company now intends to position itself as an electric motor manufacturer, it’s introducing a completely new family of electric motors. They come in several power levels, starting from 25-kW (34-hp) and, more surprising, with different cooling systems.

The base model is air-cooled, but it gets water-cooled for more demanding applications. A permanent magnet synchronous motor, it can revs up to 14,000-rpm. Zytel can build up to 1,500 a month to anyone who asks.