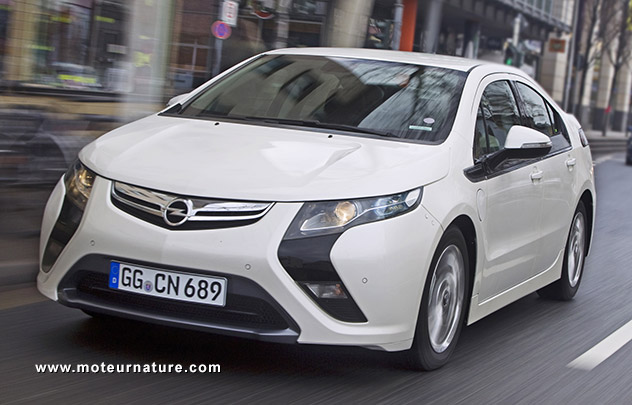 If this proves true, this will be the most awful news for green car fans this year. According to Automotive News, Opel, the European arm of General Motors, would stop selling the Ampera in 2016. The Opel Ampera is a sister model to the Chevrolet Volt, the world’s best plug-in hybrid, according to us. What’s at fault is the lack of customers. GM currently sells less than 100 Ampera models in the whole of Europe each month. even Rolls Royce is more successful!

There will be a new generation of the Chevrolet Volt coming in late 2015/early 2016, but it shouldn’t be followed by a new Opel Ampera. The model would be discontinued. Could the Chevrolet Volt become global then, selling everywhere in the world? Unfortunately, that can’t be, as GM has already discontinued the Chevrolet brand in Europe. Most Chevrolet dealers have closed their doors already. That leaves the Ampera as the only option for the few GM customers in Europe who want a plug-in hybrid. Or an EV. Or a hybrid, because there’s much more at stake than a few hundreds sales per year.

All the other models Opel sells are very conventional gas and diesel cars. The Ampera is the one and only green model in the range. When Volkswagen is launching a large scale offensive with plug-in hybrids (Audi A3 e-tron and VW Golf GTE to begin with), it would be really stupid for GM to leave the segment of the market it created. We can only hope GM will look past the short term return on its investment. The Volt has always been a halo car, built for image first, and the same goes for the Ampera.

Opel has shown the first pictures of its new Corsa, a B-segment car, it looks very much like the model it replaces, and it’s built on the same platform without any hybrid version planned. Is GM serious about Opel building brand awareness and gaining market share? Without the Ampera, Opel won’t have anything to attract tech-savvy people, and it will become an old people’s brand, just like Buick in America. If that’s what GM wants, they shall kill the Ampera.