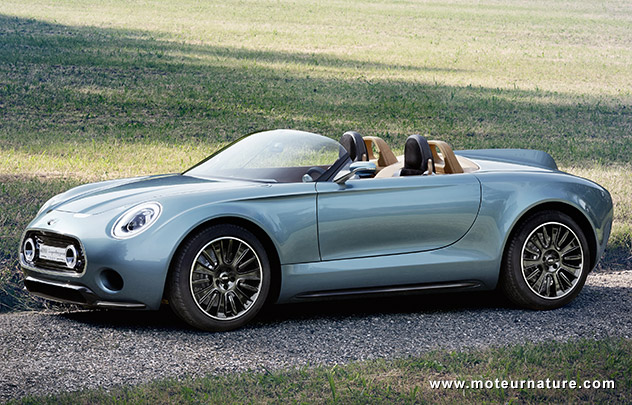 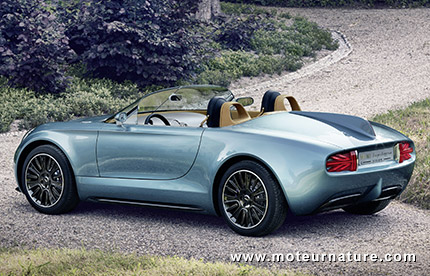 There’s a roadster version of the Mini, but it’s still built on the old Mini. The new Mini has been introduced earlier this year, we don’t know yet if a new roadster is in the cards, but here comes a nice surprise. It’s a concept built for the Concorso d’Eleganza at Villa d’Este in Italy. It’s a little marvel because it’s a brilliant combination of Italian and British styles. There’s a trick here, as the BMW group (which owns the Mini brand) hasn’t designed this car itself, it’s the work of Carrozzeria Touring, in Milano. 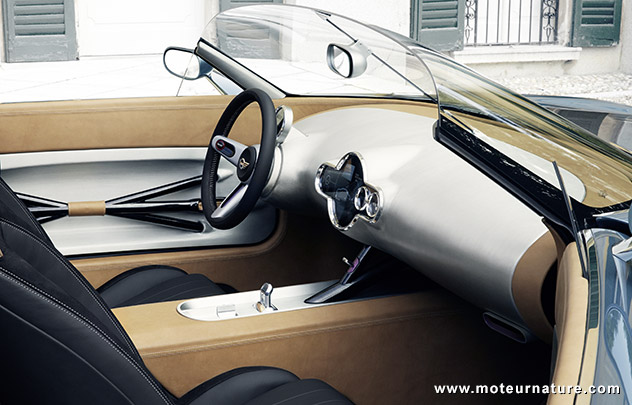 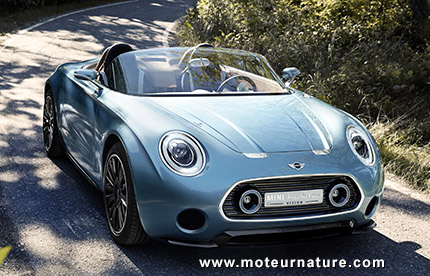 So here’s a British car designed by Italians in German hands, a true European car! Its britishness is probably more visible than its Italian roots though. Everybody notices the Union Jack on the door panels, or in the taillights. The best part to our eyes is the dashboard, handmade out of one sheet of aluminum. An electric propulsion lies under the hood, but not a single spec is revealed, to tell the world this is a concept. A production version has yet to be green-lighted, and at this time, the probability it will be is very slight.

That would be too bad, because sports car fans and greenies alike are expecting a car like this. It doesn’t have to be electric actually. The new Mini has been unveiled with a superbly efficient 3-cylinder engine, it would be perfect for a small roadster like this Mini Superleggera* Vision. Only one question then, when will we get it?