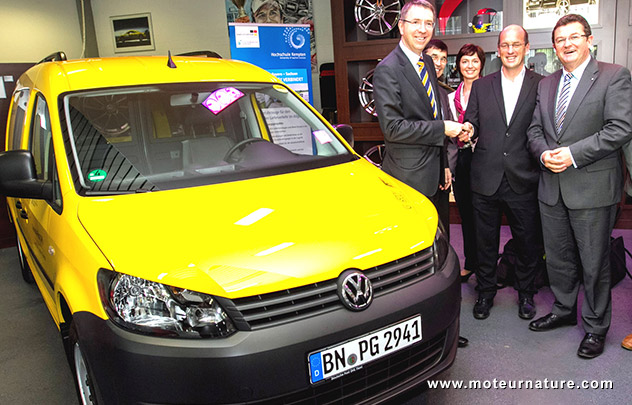 ABT. If you own a Volkswagen in Germany, you will probably know ABT’s name, a famous tuning firm. Wheels, high performance engine control units, and various aftermarket parts, ABT has a very large catalog in Germany. It never had anything related to electric cars, but times are changing.

The German tuner has already partnered with Audi to participate in the upcoming Formula E race championship, and here’s something even more surprising, the launch of an electric compact van, based on the Volkswagen Caddy. The Caddy is built on the same platform as the previous Golf. Most customers get it with a diesel, but ABT converted it to electric propulsion. It found a customer already: the German postal service. A first batch of 40 vehicles is already planned. There could be many more in the future, to compete against the Renault Kangoo ZE.