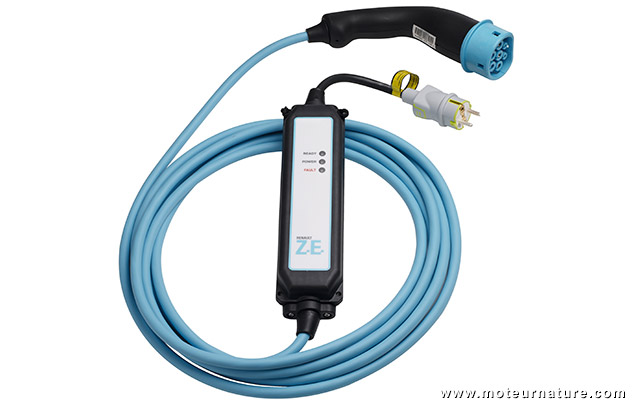 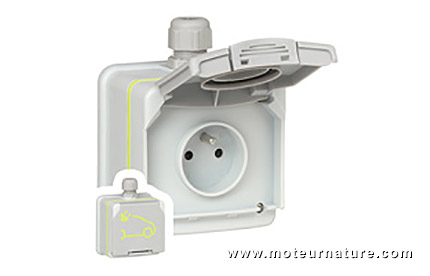 The Renault Zoé received one major complaint when it launched: it was impossible to plug it on a standard home socket. It was only possible with an aftermarket cable, with no support from Renault, which required all customers to buy an expensive wallbox. Renault understood this was an inconvenience, and said it was looking for a solution. The problem lied in the Chameleon charger. Contrary to most EVs which use two different chargers, one for slow charging, one for fast charging, the Zoé only has one, theoretically capable to charge from 2.3 to 43 kW. In the real world, that Chameleon charger doesn’t perform very well below 3.6 kW. It was so bad that last year in Frankfurt, Renault said it will add a second small charger for charging at low amps. We were happy to report about it, but that won’t happen. What buyers will get is what our pictures show.

First, the Flexi Charger, a cable to plug on a conventional European home socket, and a Green’up Access garage socket from Legrand (a beefy plug to be installed by an electrician). The Green’up Access socket will allow charging at 14 A (3.2 kW), while plugging on a standard home socket will only give 10 A (2.3 kW). Of course, the Zoé still comes with its standard heavy cable which allows charging up to 43 kW, but buyers will need to buy a wallbox to get 16 A (3.7 kW) or 32 A (7.3 kW) charging if they want to use it at their home.