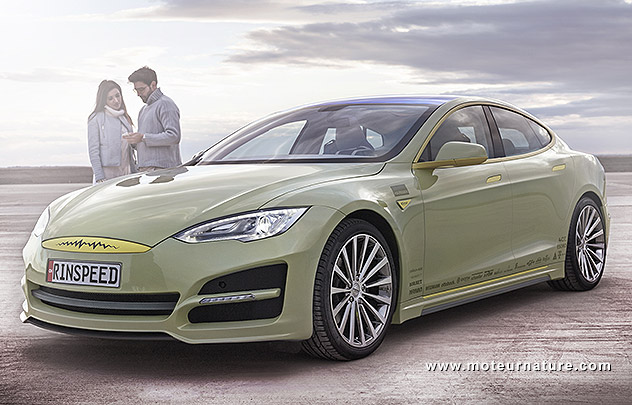 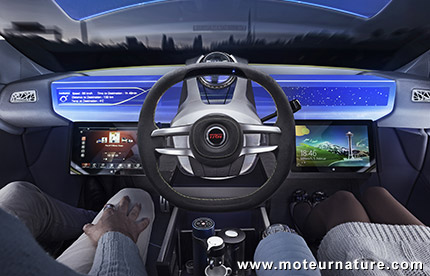 Rinspeed, from Switzerland, is one of the most imaginative tuning firm in the world, but its latest creation looks rather mundane. It looks like a production car: a Tesla Model S. Externally, that’s still what it is, but the car has been much modified in the inside. It has been fitted with a steer-by-wire system, and that allowed the steering wheel to be installed a sliding arm. The wheel can be moved to the center, with the driver and its passenger free to enjoy a tablet computer right in front of each of them. Some might argue it will be inconvenient to drive like this, but that should not be an issue, as this car can drive all by itself. 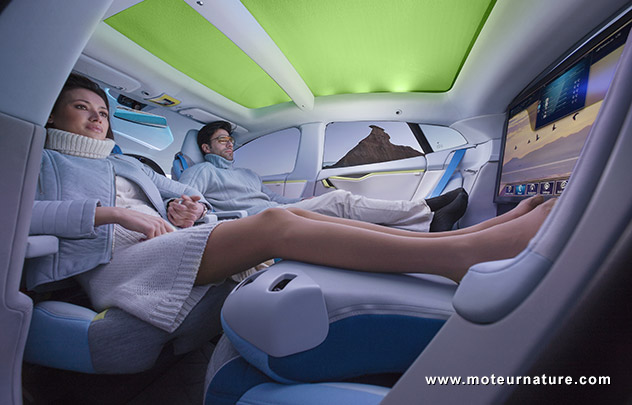 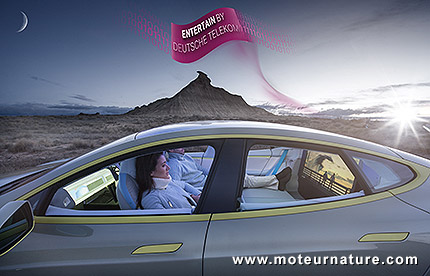 This might be the future. The person used to be known as the driver tells the sat nav where he wants to go, and the car will take him there. This raises a new problem: how to keep the person sitting on the driver’s side busy along the trip? Rinspeed has found a solution. Some people may not like it, though. Putting a TV screen inside a car is not a new idea, but this XchangE concept also has front seats that swivel 180°, and rear seats with backs that fold. This makes a very comfortable position to watch a movie on the 32″ screen, but you must be really confident with the technology, to sit with your back facing the road in a car driven by a computer! 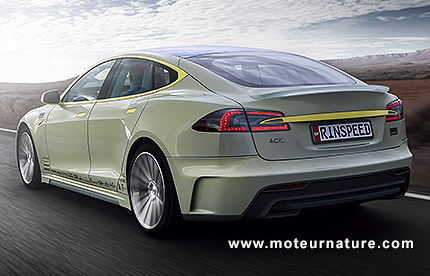 This Rinspeed XchangE is a concept, and it will be a few years before cars like this are legal, and available, but all car manufacturers are looking into the technology, like Renault. Rinspeed just looked one step further, with the addition of a coffee machine, and multiple computers for a totally connected driving experience. There is a four feet wide screen on the dashboard for car information, tablets below for personal communication, and the 32″ TV screen in the back for entertainment. Just like a home, except that this place drives too.