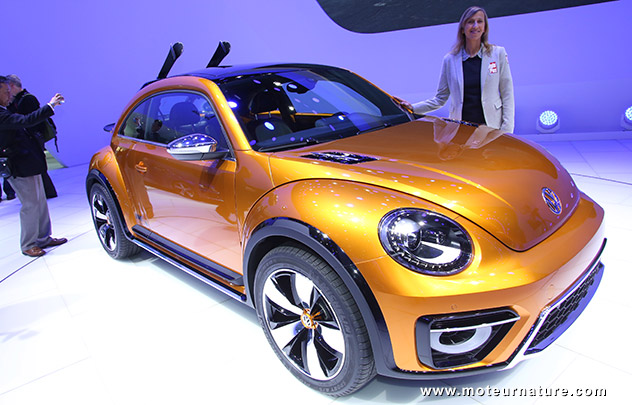 Many people like the look of a big four-wheel drive vehicle, but most often, they never go off-road. So they have no will to pay for the fuel increase of 4WD, nor the extra weight of a beefier chassis. This is where a car like the Volkswagen Beetle Dune makes sense. It’s front wheel drive, so it won’t be good off-road, but that’s fine. What matters is that it looks like an off-roader. A light and soft off-road vehicle.

Compared to the standard Beetle, it has bigger tires, a slightly raised body, some extra cladding, and that’s all it needs. In Europe, Volkswagen already sells similar versions of its Polo and Golf models, and the buyers are there. This Beetle should follow. It doesn’t cost much more than the standard model, which isn’t known to be a gas-guzzler, and the fuel penalty for the reduced aerodynamics and the larger tires is very small. It could be at the dealers by the end of the year.