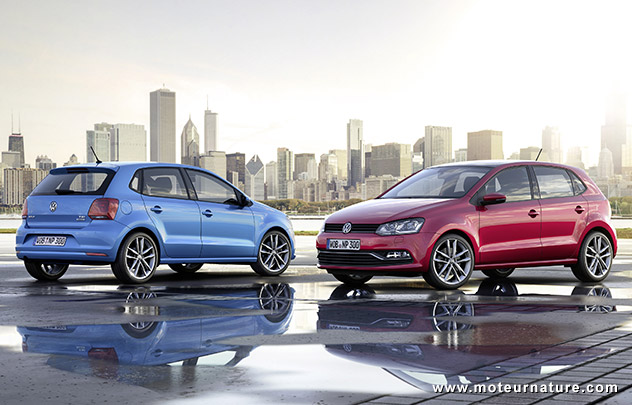 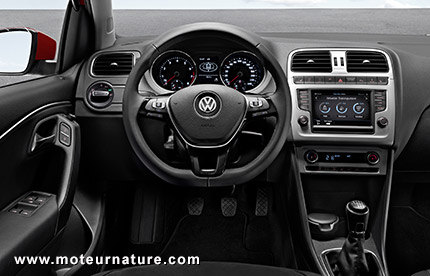 Volkswagen will unveil a slightly restyled Polo at the upcoming motor show in Geneva. There are new LED front lights, but the changes below the hood are much more important, with totally new engines. The base engine is still the same 1-liter inline-3, making 60 or 75 hp, but there’s a new 90 hp turbocharged version. Highly optimized for fuel economy, it got a 57 mpg combined rating. It will sell as the BlueMotion TSI, but the diesel version, the BlueMotion TDI, is even better at 73 mpg. With an all new engine, a 1.4-liter 3-cylinder, that makes this Polo the most fuel-efficient non hybrid car in Europe! Actually, it’s only marginally better than the old version on fuel consumption, but Volkswagen explains that its new engine is much smoother running. That should be appreciated, as the past engine was a noisy one. We shall also note that this new engine comes in three power levels: 75, 90 and 105 hp.

Besides the fuel economy question, the Polo’s performances are also improved, with the Polo BlueGT’s power going from 140 to 150 hp, while the GTI version is upped from 180 to 192 hp. The Volkswagen Polo has always been a leader in its segment, and these improvements will make sure that it remains among the best-sellers, if not the leader of its class.