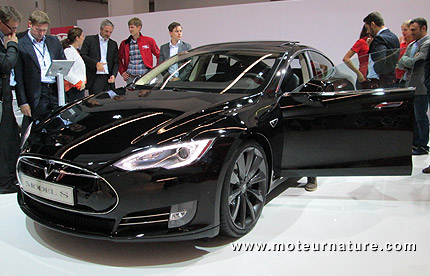 Tesla Motors is the darling of every EV enthusiast. The manufacturer builds the world’s best EV by far and its charging system is the fastest on Earth. The product is right, but the company still has a lot to learn to be on par with the other carmakers. Regarding last year’s sales, Tesla Motors officially says in its press release that it sold almost 6,900 vehicles in the last quarter. Is this a joke? General Motors sold 9,714,652 vehicles last year. Jeep? 731,565. Every car manufacturer in the world reported its exact sales for the past year in early January. It is normal practice, and Hyundai was the quickest this year, reporting its worldwide sales on January, the 2nd. The South Koreans just know how to make business.

So how come Tesla, one of the smallest car company in the world, still has to say how many cars it sold last year? It may do that in the coming days, but it will remain strange that for a small company with a single production facility, Tesla is the last car maker to report its sales results. Customers won’t care. They drive the best electric car in the world, but sooner or later, investors will take notice.