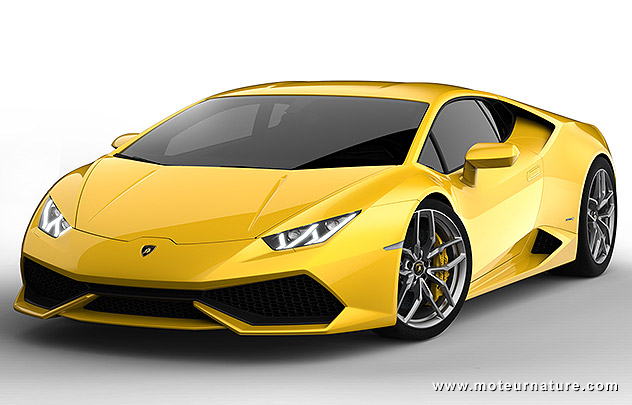 This is Lamborghini’s new monster. Its name is Huracan, and it’s powered by a 610 hp 5.2 liters V10 engine. Displacement is the same as in the previous model, the Gallardo, but nearly every part of the engine is new. To prove it, it can rev higher. Maximum power is attained at 8250 rpm, which is pretty incredible speed for a large engine, and exhaust gases after treatment was assuredly a big issue.

Direct fuel injection is the way to go to make the most power, but it’s a technology known to increase particle emissions. Even small gas engines have trouble staying below legal levels, so it was a huge challenge for a large high-revving V10. Would this Lamborghini be the first gas car fitted with a particle filter? Engineers had to find a trick, they’ve used a dual system. It’s direct or port fuel injection according to needs. Toyota was first to market such a system. Volkswagen’s followed, and now it’s Lamborghini. 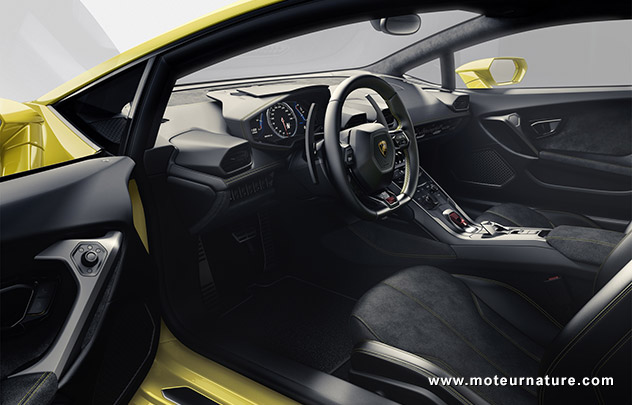 This dual fuel injection makes the Lamborghini Huracan the first supercar ever to be compliant with the upcoming Euro 6 emission regulation. And that wasn’t done at the expense of performance. With a more than 202 mph top speed, the Huracan goes from 0 to 62 mph in 3.2 seconds, and 0 to 124 mph in 9.9 seconds. Definitely supercar territory, while official combined fuel figure is 18.5 mpg. Not exactly frugal, but Lamborghini cars are rarely driven everyday.