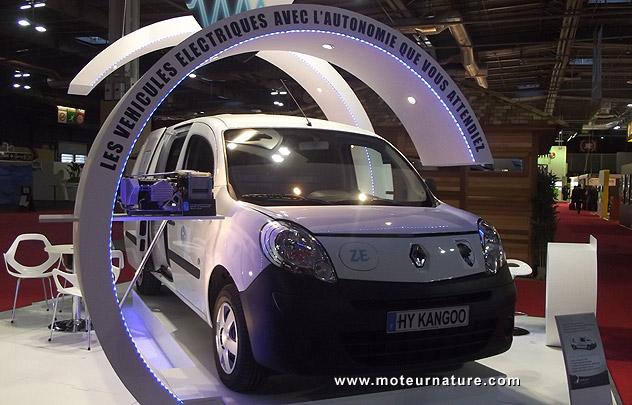 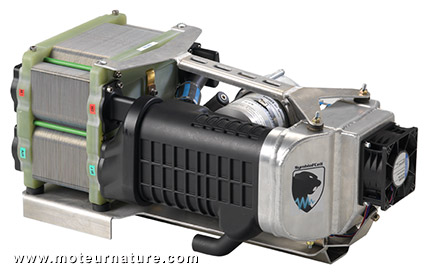 With more than a thousand EVs, the French postal service may have the largest electric fleet in the world, but it wants more. It wants to provide EVs to the very few postmen who can’t do their job with the standard electric Renault Kangoo Z.E. because its range is too short. The solution is to add to their vehicles a range extender. A small gas engine could do the job, but it won’t be zero emission anymore, so they’ve chosen fuel cells. Enter the Renault HY Kangoo, which was unveiled last year at the Paris motor show. But it doesn’t come from Renault, it’s the work of Symbio FCell, an ambitious French start-up. Compared to the regular electric Kangoo, the range is doubled. That’s 100 to 200 miles, but more like 60 to 120 miles in the stop and go driving the postmen do.

Some people would have hoped for more, as a diesel Kangoo can do three times that, but perfect integration has limited the size of the hydrogen tank. The range extender is invisible. The standard battery has been retained and the load area remains the same, because all the added parts are below the floor. Range has been doubled without any penalty. The only question is about the durability of the technology, since it comes from a relatively new and unknown company, but if it convinced the postal service, it should be good for anyone. The French postal service will get three of those electric/hydrogen vehicles starting next month.