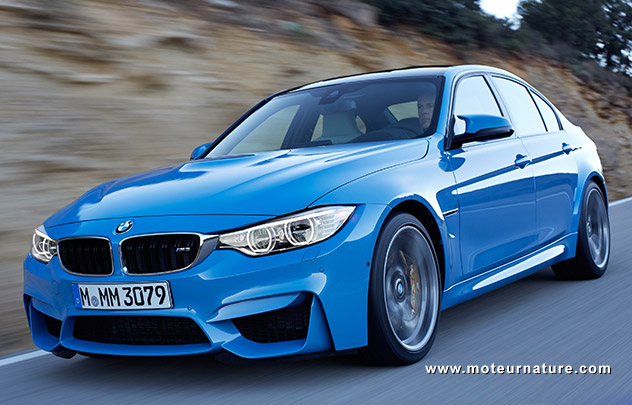 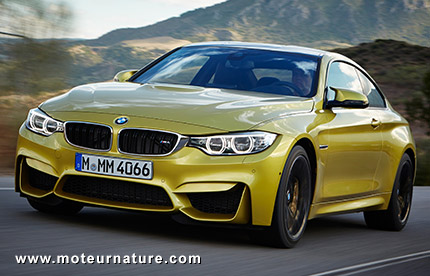 Every car has to get greener. The big cars like the small ones, and sports cars too. Enter the new BMW M3. This is a car that matters because it’s an icon to so many of us. It’s the benchmark against which all the other sports car are compared. Market and regulations (at least in Europe) forced BMW to make it greener, and here’s the result. The car’s a bit lighter (by about 150 lbs), but the biggest change is under the hood, where the high-revving V8 has been replaced by a turbocharged inline six of a smaller displacement. Three liters instead of four.

It’s a bold change from Munich, but it definitely works with a fuel consumption reduced by a quarter according to official figures. That’s real progress! True, the BMW M3 is still far from a Prius, but it’s much greener than ever before, and it’s also faster with a supercar-like 21.9 seconds time in the standing start kilometer. The car may have lost some of its “driving on the edge” appeal, but it may turn out to be a nicer drive in everyday driving, thanks to its flatter torque curve. 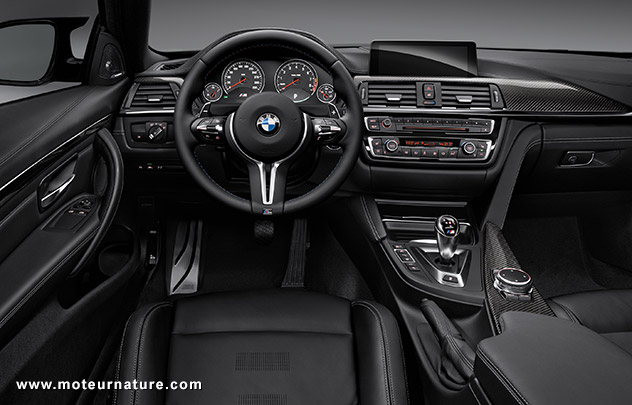 With smart electronic control and two small low-inertia turbochargers, the M3’s engine has some hard to believe specifications. Maximum torque is 406 lb-ft from 1800 to 5390 rpm. Power is also constant at 431 hp between 5390 and 7000 rpm. Maybe sometimes in the future, nobody would talk about curves for power and torque anymore. They’ll be only lines…

Times are changing, much like names. The M3 as we used to know, with two doors, is now the M4, while the M3 is now a four-door. What hasn’t changed is that the model with the automatic transmission (seven speeds with ultra fast gear changes) is faster and more fuel-efficient than the manual. Some BMW M loyalists may not like it, but BMW knows how to make its cars faster and more fuel-efficient at the same time, so ultimately, everyone should appreciate.