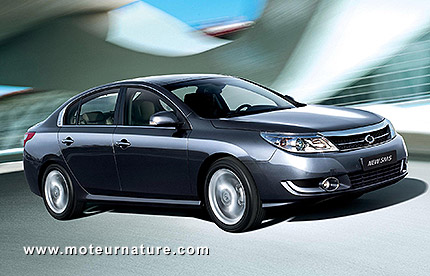 In a rather unexpected move, Renault-Nissan and Mitsubishi Motors have announced they will form a multifaceted partnership to expand their range. The most important part of their teamwork is the least interesting. It’s about a D-segment car for America. Something to compete against the Toyota Camry and the Honda Accord in America. Samsung, the Korean arm of the Renault-Nissan alliance, will supply that car. Our illustration shows the Samsung SM5, a dull sedan which sells in a slightly modified form as the Renault Latitude in Europe. It makes very low volume, and the engineers have a lot to do if they expect that car to compete with the excellent Accord.

There’s something much more interesting with EVs. Mitsubishi was a front-runner with its i-MiEV model, but with its unusual looks (some say awkward), it never was much successful outside its home market. A redesign would help a lot, and one is probably due as the model is nearly ten years old (the concept was at the Frankfurt motor show in 2003), but nothing’s known about it, and it seems Mitsubishi now focuses on plug-in hybrids. With Nissan’s manufacturing the Leaf, the best-selling EV in the world, the two companies working together should be able to create a great EV.

Alas, it may not be attractive to people in the western world, as Mitsubishi and Nissan have already stated that their next EV would fall in the “key-car” category. Those are very small cars, less than five feet wide to be easy to park. They’re less taxed in Japan but their small width limits those cars appeal anywhere else. Or could the designers be so smart to make that narrowness cute?