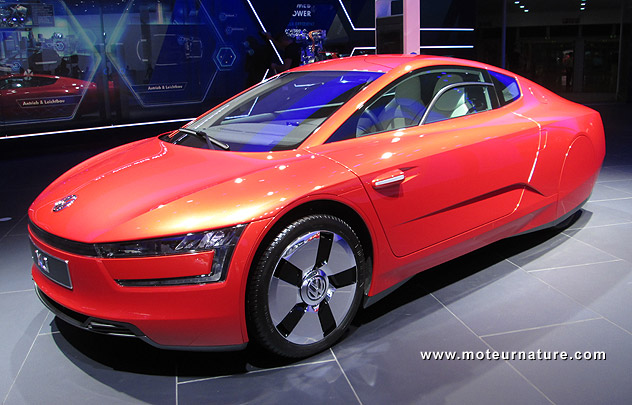 Few doubt that the Volkswagen XL1 is a technological wonder, with its only flaw being its huge pricetag. Well, Volkswagen is very much aware of the problem. There are customers for a super efficient automobile, but few can afford a car costing more than $100,000. While those who can are expecting more performance than the little XL1’s two cylinder diesel can deliver. The only way is to make a cheaper XL1, and some engineers are already working on it.

It would be a different car though, with less emphasis on getting incredible fuel economy. Actually, it would be more like a sports car. the plug-in hybrid drivetrain would be ditched and replaced by a simpler and lighter turbocharged 3-cylinder. With weight and aerodynamics expecting not to change much, performance would be hugely improved, but wait, there’s more as Volkswagen may not go on that route alone. There could be an Audi or even a Porsche version built on the same platform. That second model may get a 200-hp+ turbocharged four. In such a car, top speed would be over 170 mph!

If the project is green-lighted, and many hope it will, the car(s) could appear by 2017. It would be a bit larger than today’s XL1 to be user-friendly, a bit less fuel-efficient, but if it is much faster and more affordable, it will be a success!