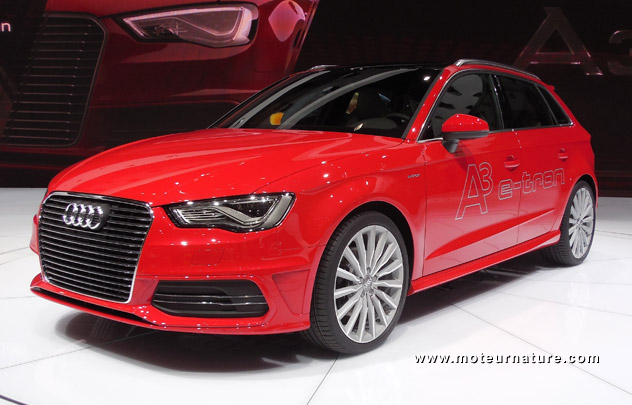 Audi will launch its first plug-in hybrid model, the A3 e-tron, before the end of the year. The car is already well known with all its characteristics revealed. The only thing everybody is wondering about is the price, which was totally unknown until now. We understand it will be below the €40,000 mark.

It’s pretty good because the A3 e-tron should be a special model, with specific equipment and trim. Both will much better than the Chevrolet Volt, which has many poor-looking plastics inside. The Chevrolet Volt sells for €42,950 in Germany, so it will be more expensive than the plug-in Audi, but it will keep the edge with a better architecture. Only the Volt is a true EV with an extended range, whereas the A3 e-tron is nothing more than a hybrid with some abilities to run with its gas engine off. The Audi will have limited performance on battery power (85 mph top speed), and its range is only 31 miles, less than the Volt. Customers should make the difference, but with much better brand recognition, and more status, there’s hardly many doubt the Audi will be much more successful in the marketplace.