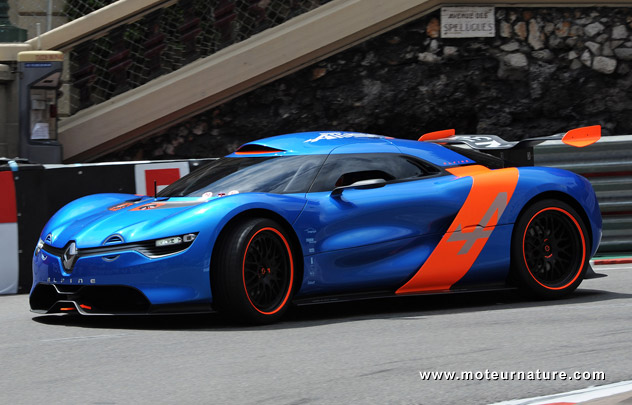 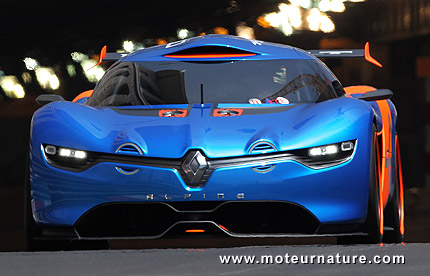 The Monaco Grand Prix took place last week, and just before the race, that week-end was also the unveiling of an unexpected sports car prototype: the Alpine A110 50. It was built to commemorate the launch of the Alpine A110, exactly 50 years ago. Sadly, it couldn’t be anymore different, and we fail to see anything in this concept that reminds us of the original, and fabulous A110 from the sixties. This A110 50 isn’t even original. Its design is very much the same as the electric Dezir concept from 2010, while all the mechanics comes from the Megane Trophy race car. That means a 400-hp 3.5-liter V6 (a cousin to the Nissan 370Z’s engine) in a 77-inch wide car.

Maybe Renault wants to build its next Alpine with the American market in mind. Of course, there’s nothing wrong with that, but that would not be an Alpine anymore. The happy folks who own an original A110 have much trouble today finding tires because of their small size (they’re 13-inch), they would not understand the huge 21-inch wheels on this concept.

With the automotive industry going through a complete shake-up with downsized engines, Alpine should go back to its roots and use Renault’s smallest engine. The brand is about to introduce a 3-cylinder (to complete with Ford’s latest Ecoboost), it would be perfect for a new Alpine. It’s hard to imagine today, but back in the sixties, the Alpine A110, in complete running form, was weighing less than 1300 pounds. That low weight made the Alpine unbeatable in the twisties, and it won umpteen rallies all over Europe because of the great combination of low weight, small size and excellent weight distribution with the engine in the rear.

Nobody wants an Alpine with a big V6. It’s also wrong at a time where everybody’s looking for better fuel efficiency. A new Alpine should get more than 50 mpg, without any hybrid tech, and Renault has missed a great opportunity to do that with that concept. Let’s hope a new production Alpine, if it ever comes, won’t look like it.