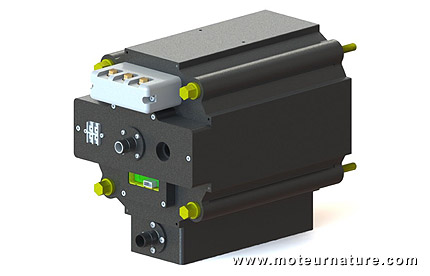 AC Propulsion is a small engineering company from California. It’s not very well known outside hardcore EV fans but it’s worth knowing that if there hadn’t been AC Propulsion, there would have been no electric Mini, and no Tesla roadster. Actually, AC Propulsion tried to launch its own electric roadster before Tesla did its own. But without the huge cash reserves and total disregard for profitability that Tesla Motors has shown, the small company had to stop after a few cars. But the company kept on going selling electric motors to car manufacturers, most notably to BMW to equip the 600+ Mini E. The company is now launching a new generation, as shown on our left picture. As with all electric motors, it’s not much impressive to look at, but it puts out 150 kW with a lot of torque! 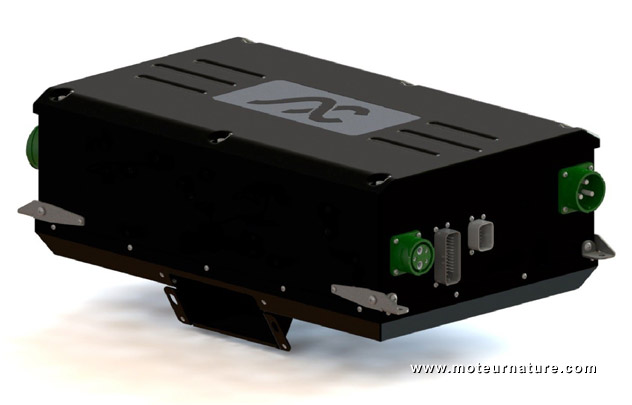 This new motor is water-cooled but there’s also an air-cooled unit for less demanding applications. The bigger picture shows the power electronics unit, an all-integrated unit which houses the inverter and a 18-kW battery charger. If someone wants to build an electric car and looks for a motor, this is the one to get. It’s on display this week at the EVS26 in Los Angeles.