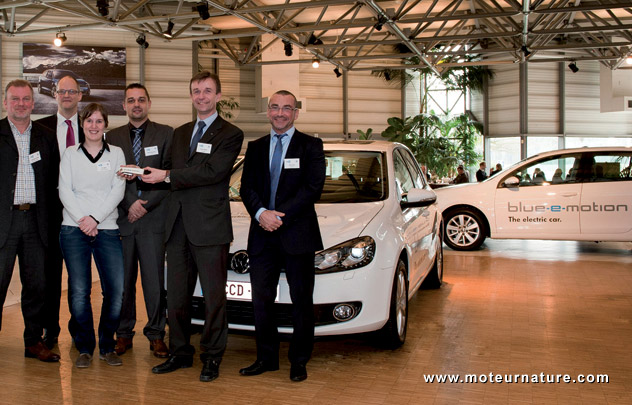 The Volkswagen Golf Blue-e-Motion isn’t available to regular customers yet, but after several appearances at auto shows all around the world, the car is being tested in a growing number of locations in Europe. As a German car, the largest test is in Berlin. Then, Austria was the first foreign country to receive a fleet of electric Volkswagen, and Belgium just followed.

It’s a pretty small test, with only 10 cars involved, in Brussels. Customers have been carefully selected, none is an individual. There are all large companies, one of them being AKKA Technologies, a engineering consultancy, which should provide Volkswagen with sharp technical feedback. All test drivers had a wallbox installed at his home or workplace, there’s also an app to check the battery’s state of charge on a smartphone.

The big news then is that the next countries to receive a fleet of electric Golf Blue-e-Motion for testing purposes will be France, and the United States. Cars should arrive within a few weeks.

One thought on “Volkswagen tests its electric Golf in Belgium before bringing it to the U.S.”