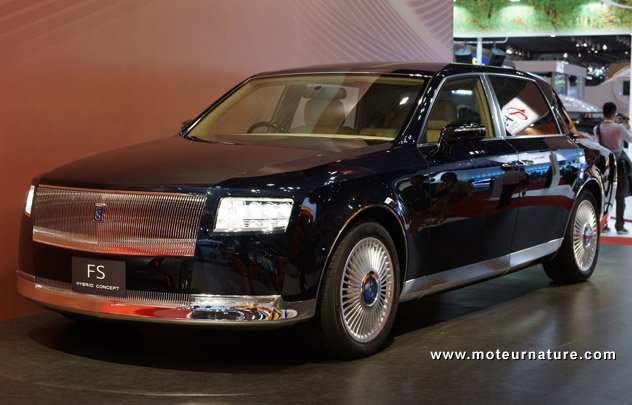 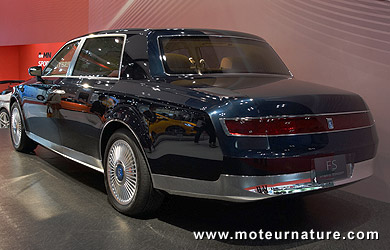 Kanto Auto Works is not a car manufacturer the way we usually understand it. It has never sold a car to anyone. But it has been building hundreds of thousands of them. Kanto Auto Works is a contract manufacturer, building cars for others, the car companies which will sell them to the general public. Its biggest customer is Toyota, meaning that in Japan, you can buy a Toyota which Toyota hasn’t built. But there was something new at the Tokyo motor show, Kanto AW unveiled the concept of a very high end hybrid car. Its name is FS hybrid, and that stands for no less than FlagShip. 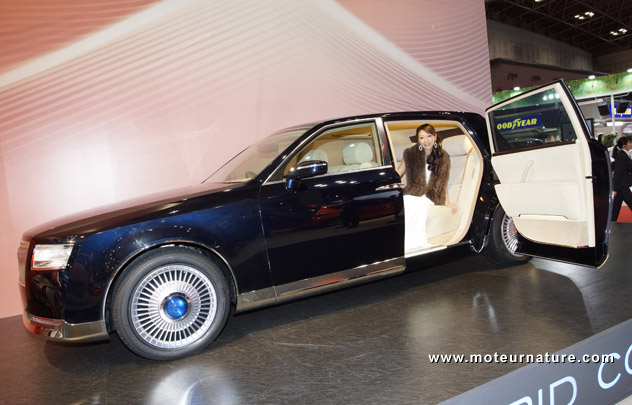 This is a Rolls-Royce-sized limousine and like the Phantom, the rear doors are rear-hinged. The FS uses a Lexus hybrid drive train, and its interior is fabulous but everybody wonders what is this car. This isn’t a Lexus. The styling is too bulky for that. So could it be a Toyota? Toyota’s flagship, the Century which only sells in Japan dates back to 1997, so this concept may show us what a new generation would look like. But this is not the Toyota way to foreshadow a future model with a concept from another company. That leaves us with only one certitude, this FS hybrid from Kanto Auto Works is a very impressive automobile that we hope will turn into a production model.

One thought on “The mysterious Kanto Auto Works FS hybrid”