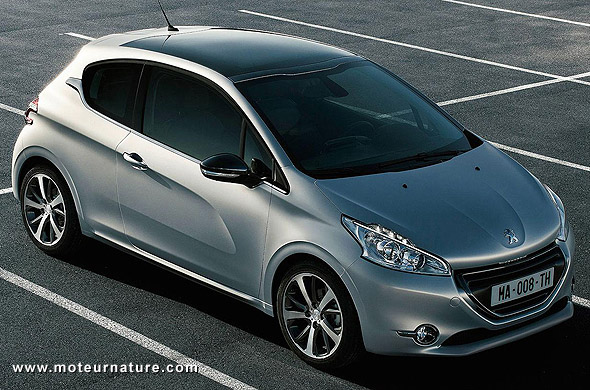 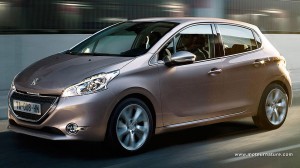 This is a big day for the French industry. Peugeot has just unveiled the first pictures of its upcoming 208 model. This is the car that will replace the 207, Peugeot’s best selling model. The manufacturer expects a lot from the 208. Sales target should be around half a million sales each year and the company went for a really bold design to achieve that. The 208 is totally different from the 207, and from any other Peugeot. It starts a new design direction for Peugeot’s cars. We guess it’s rather nice though maybe a bit too sophisticated. The risk with such a design is that it may get out of style quickly.

Time will tell. But we appreciate the chrome molding below the side windows which extend to the rear pillar. The originality is even more daring inside the car, where Peugeot chose to use an unusually small steering wheel (345-mm diameter). It’s positioned very low so that the driver doesn’t look through it to see the speedometer. Difficult to say if it’s a good idea, you’ve got to try it first. We can be more affirmative with the large touch screen on the center console. In a forward position to be easy to touch, it looks plain awful. 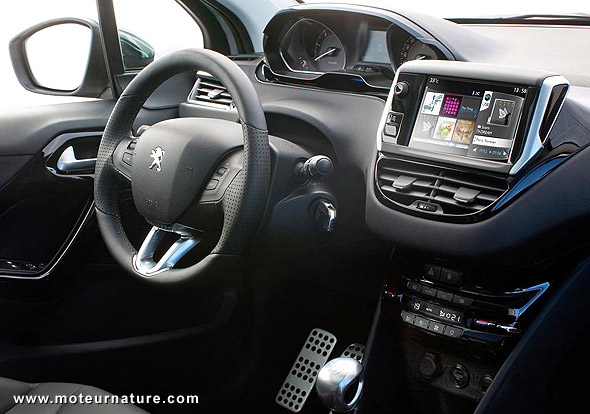 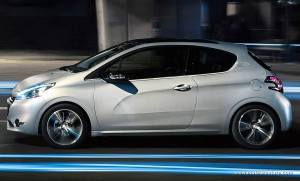 That would make the 208 the most fuel-efficient car in its segment. The diesel of course, is even better, with the thriftiest model announced at 69-mpg. A second generation Stop & Start system and a low .29 Cd value made that possible, and such good numbers should prove a hit with buyers. We’ll see that next year. The 208 will be unveiled at the Geneva motor show next March, with sales expected to begin at the same time in the European Union.