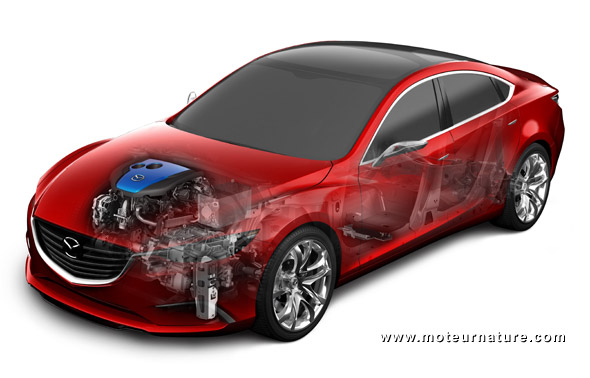 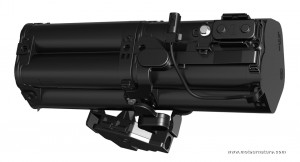 You don’t need an hybrid car to get regenerative braking. BMW made the technology a cornerstone of its EfficientDynamics package, and so did Volkswagen with its BlueMotion models. A smart controller disengages the alternator during acceleration, so that all the engine’s power gets to the wheels, but the alternator’s engaged as soon as the driver takes its right foot off the accelerator. It works nicely but there are 2 limits. The first one lies in the system’s voltage (12V), the second in the battery’s performances. Mazda’s breaking both of them.

The Japanese engineers chose a much stronger alternator, which can run up to 25V. Braking will thus recover a stronger current. Of course they couldn’t use a standard 12V battery to send the incoming current, so they chose a capacitor to store energy. When that capacitor is fully charged, a small DC/DC converter reduces the voltage to 12 V, and sends it to the car’s normal electrical circuit to power accessories such as ventilation and audio system.

Another good point of this i-Eloop set-up is that a capacitor is much better-suited to numerous fast cycles of charges and discharges than a battery. Everything considered, this i-Eloop system is better than what the German brands propose, though also more expensive. Mazda announces a 10% gain in fuel economy which sounds hard to believe, but we will be able to see by ourselves in the second half of 2012.