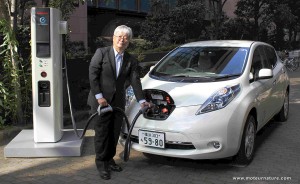 When cars running on gas require gas stations, electric cars have the huge advantage that you can plug them just about anywhere. But that is slow. Awfully slow as a Tesla roadster requires nearly 2 days to fully recharge its batteries on a standard socket. A dedicated plug, or a charging station, dramatically reduces that time. All EV-makers are more or less involved with a charging station manufacturer, with Nissan, the leader with its Leaf, going one step further. It entered that business and now builds charging stations. It just launched a new generation.

It’s much smaller than before. 6 feet high, 15 inches wide and 27 inches deep, that’s nearly four times smaller as the charger Nissan had brought in Monaco, for the EVER electric car show last Spring. That small size is really amazing, because it gives so much electrical power. It plugs into the three-phase grid, and it puts out a DC current of 125 A at 480 V. That’s strong enough to give an 80% charge on a Nissan Leaf in 30 minutes. But this isn’t a device intended for individuals.

Yet, we guess it could be sometimes as the price of this charging station is below $13,500 in Japan. This for a system intended for outdoor use, meaning that it’s built with protection against bad weather. An American or European manufacturer would ask twice more for comparable equipment… Nissan plans to market this charging station in America sometimes next year. 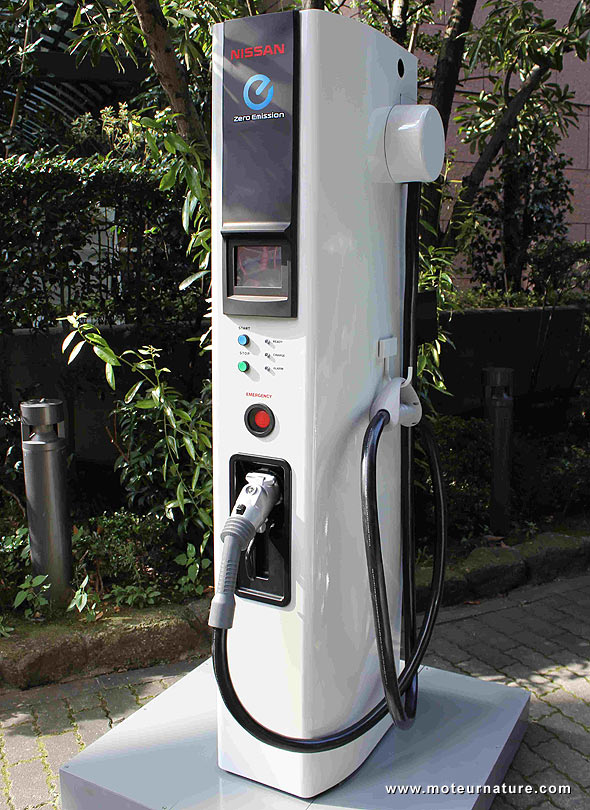