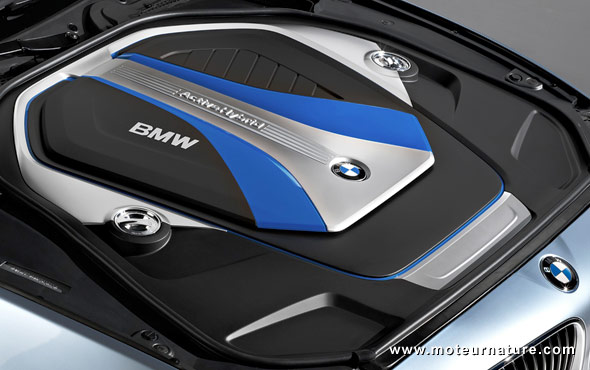 BMW and PSA Peugeot-Citroën have been partners for a few years, they share an engine which they developed together. It’s the 1.6-liter inline-four that goes into the Mini, and about all Peugeots from the 207 to the just introduced 508. The 2 manufacturers have already agreed to a future generation of this engine, but here’s something different: a 50-50 equity joint venture named BMW Peugeot Citroën Electrification.

It came as a shock. This new entity will develop and produce hybrid components, including battery packs, motors, generators, power electronics and chargers, software also for hybrid systems. Joint research and development, production and component purchasing will leverage significant economies of scale for both companies. The only problem is that all Peugeot and Citroën cars are front drive with a transverse engine whereas all BMW are rear drive with a longitudinal engine configuration. I’m having trouble imagining an hybrid system that could work on both architectures.

The solution is that one manufacturer will change its cars. No, Peugeot is not about to make rear drive cars again. It’s BMW that will make front-drivers! I’m expecting a small BMW which will share its platform with the Mini cars in about 2 years. So I bet the upcoming shared hybrid parts will be a development of the system that Peugeot will introduce in its 3008 hybrid next month. Is it good enough to wear the BMW badge? I’ll be watching that closely.