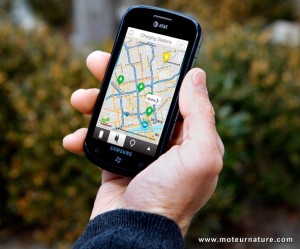 I’m a big electric car fan but I don’t have a smartphone. It may sound strange to many because I see several car manufacturers developing all kinds of new services for electric cars owners with smartphones. Would I need to buy one? I’m not planning to. Ford’s betting on a multi-use mobile app, called MyFord (!), that will work cross-platform, as the blue oval brand will launch it on BlackBerry, Android and iPhone. The MyFord app will tell the owner how much energy is stored in the battery, wherever he is, and just in case the owner would have forgotten where he parked his car, the phone will create a route to take him back to it.

The question to ask is: does that make sense on a car running on gasoline? I hate it when some people say that electric cars are different from normal cars, and that they will have to be used differently. If we want the electric car to be successful, we want the electric car to perform as well as a gas car. I don’t have a device to tell me where I’ve parked my car, and I hope I won’t ever need one. I don’t have either a navigation system telling me where I can find gas stations. 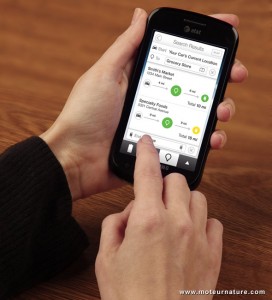 I guess I would feel bad if gas stations were so few and far apart, that I would require an aide to explain me where I would be lucky to find one. Electric cars will probably be like this at first. I know it, but I don’t want an electronic device to remind me of the fact all day, as Ford’s app would. Worse, the MyFord app is also intented to serve as a journey-planner. I’ll give it a destination, and it will reply giving me the route to go there, with the likelihood that I’ll be able to reach it (with a green flag), or not. If it’s further from what the battery will allow, the smartphone will tell me that I can’t go there!

I like to think that I can drive everywhere I want when I’m in my car. Of course I understand the limit of electric cars. They have much shorter range, and I understand I’ll have to manage that, but please let me manage it myself. I couldn’t stand a machine telling me I can’t go where I want.