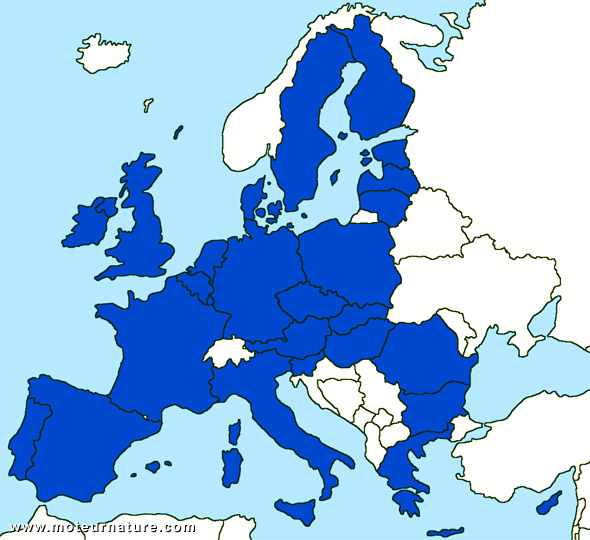 I could write for hours, commenting the data below. Volkswagen is down because the German market was down in 2010, Renault is up because of the cash-for-clunkers program in France, and so on. But if I look at the big news, the large market trends, I see only 2.

The first is that premium brands are on the rise. Alfa Romeo, Audi, BMW and Mercedes all performed better than the market, which overall is down 5.5%. The second big information is that, to my great sorrow, hybrids cars are not successful in Europe. The 2 manufacturers which had most heavily invested in hybrid technology, Toyota and Honda, are both sharply down.

I don’t have all the details yet, and I must not underestimate the effects of the strong yen. But I know that the Honda Insight and the Toyota Prius are both the right size for Europe, and that they sell at the right price. They should sell much better than they do. Honda told me that it sold more Insights in 2010 than in 2009, but the Insight was not available the whole 2009, and, anyway you look at it, sales are much less than what the manufacturer was expecting initially.

I’ll keep on writing positive articles about hybrids (here, and on my French website), because it’s a green technology that works, that is effective to reduce CO2 emissions, but I see much more is needed to make them successful in Europe. In fact, I know where the problem is, it lies in the phenomenal success of the diesel engine all over Europe. A Volkswagen Golf diesel has the same fuel consumption as a Toyota Prius, the differences being that the German car is cheaper, and that diesel fuel is a bit cheaper too, thanks to a lower tax rate.

So I’m waiting for a diesel hybrid. The first one, the Peugeot 3008, will be available this Spring. This will be the vehicle that may change the fate of hybrids in Europe.