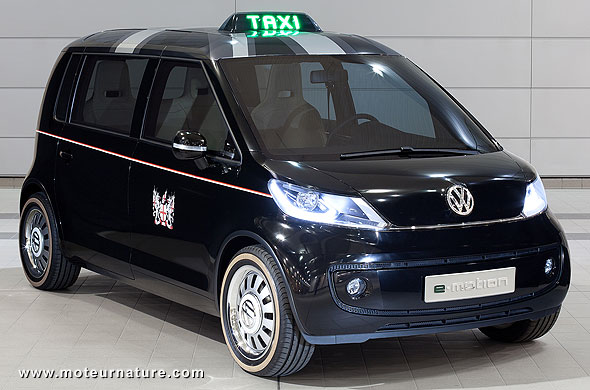 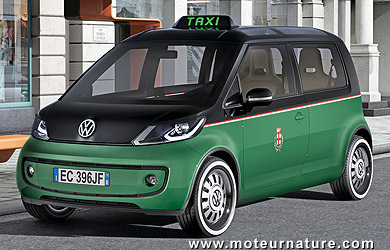 You may remember the Milano concept (left picture), that was introduced last Spring. It’s not a production model, and nobody knows if it ever will become one, it’s a development of a forthcoming model, the Volkswagen Up. That Up will be a budget 3-door hatchback, its launch date is sometimes next year. Volkswagen has already said that an electric version is on the roll (I’m expecting it in 2013), and that there will be several body styles. This taxi version might be one of them. 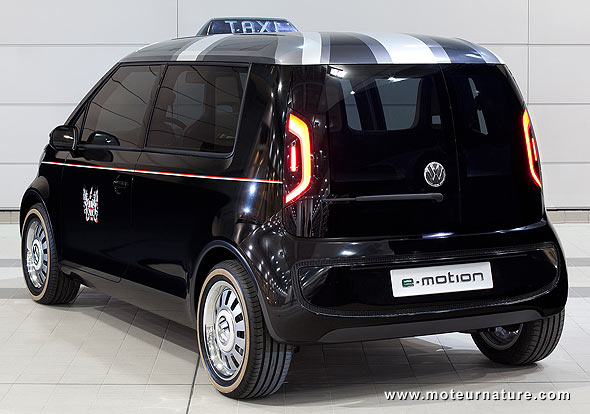 Volkswagen is already a popular brand among European taxi drivers, with its Touran minivan (not related to the Routan sold only in America), and it’s been studying the idea of an electric taxi for more than a year. With many cities willing to promote zero emission vehicles, they could probably subsidize those cars, and the market for electric taxis suddenly becomes exciting. 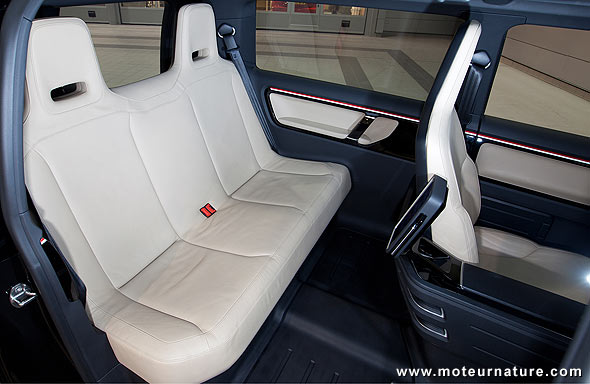 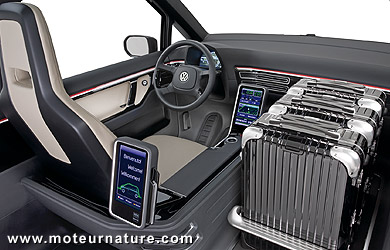 Volkswagen had shown its idea to some Italian officials this Spring with a taxicab painted historic Milanese taxi colors (green and black), and it has shown this black model in London this week. With a very smart design, it’s an incredibly short car, only 147 inches long. 2 or 3 people can fit in the back seat, their luggage in front of them, next to the driver.

Propulsion comes from a 85-kW motor with energy stored in a large 45-kWh battery. Advertised range is 186-miles (300-km). That sounds impressive for electric car fans, but Europeans taxi drivers are used to diesel, and 300-km is the minimum to get them behind the wheel of an electric car. Actually, the range they achieve should be much less, since they drive all day with their radio on, and the heater or air conditioning.

I guess a small batch of electric taxis could be built for test purposes, but probably not before 2012.