This is what most occidental car manufacturers fear. An electric Chinese car, a small car, a city car that would come to our rich countries of Europe and America at a bargain price. Don’t panic yet, the electric Chery M1 is not that car. Far from it. It’s not a brand new model either, it’s the electric version of the Riich M1, which has been on sale for over a year in China. Riich is a sub-brand of Chery. It’s strange for a company that’s not even 15 years old to have a sub-brand, but Chery already has 4, with the Riich brand a bit more upmarket than the bread and butter Chery Auto. The base M1 with a one-liter gasoline engine starts just below 40.000 Chinese Yuan (~$6000). But it has only 2 airbags, and you have to pay close to 70.000 Yuan (~$10.500) to get a decent model, with a 1.3-liter engine and power steering. 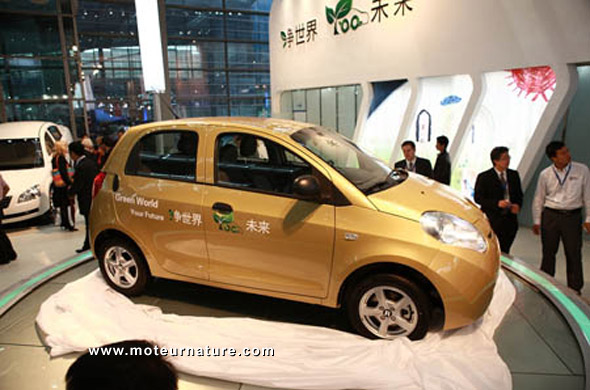 An electric M1 has been seen before, with the name of Chery S18. In fact I remember a press release from February 2009, where Chery said it was launching production of that electric S18. It was a bit of a lie… Only a few cars were made for test purposes, and none has been sold to a private customer. The car should be available this time, at a price of 149.800 yuan (~$22.600) for the base model, and 229.800 yuan (~$34.600) for the best version, with an electric air conditioning system. This is not the pricing we expect from a Chinese manufacturer.

The Chery Riich M1 is a very small car, 142-inches long and 63-inches wide. Who would pay that much for such a small car? 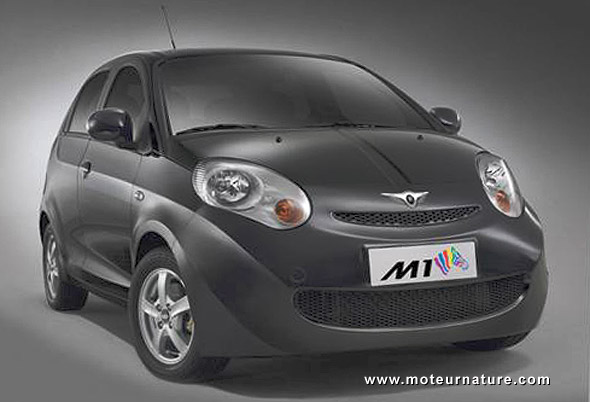 Sales of the electric Chery will be helped in China by incentives for zero emission cars that can go up to 60.000 Yuan (~$9000), but there’s no immediate plans to export it abroad. I understand that. The M1 EV has a top speed of 75-mph, its range is 93-miles with lithium batteries from BAK. Even if it drives truly well, which I doubt, it would have a tough time against the Nissan Leaf, or the Mitsubishi i-MiEV.