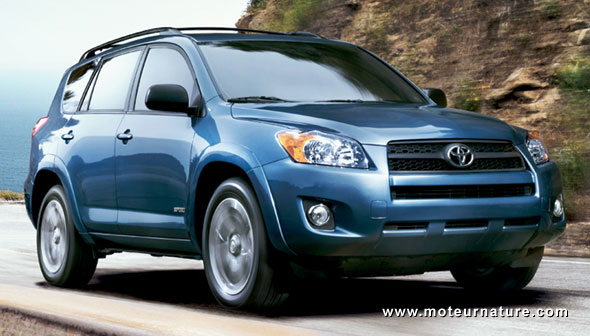 A small car manufacturer doing some development work for a bigger one is not unusual. Porsche and Lotus are doing that all year long. But you can’t ask anything about it. Who are the parties involved, what kind of work is being done, at what cost, don’t bother asking, you wouldn’t get the slightest glimpse of an answer. It’s all confidential matter. Things are not that way between Toyota and Tesla Motors.

I’ve already written about it, it’s about the electric RAV4 that Toyota has asked Tesla to develop. The complete job, from the electric motor to the battery pack with its charge management system. Toyota will pay Tesla $60 millions for it. These are great news for Tesla Motors, as the Californian company has been running a deficit since it started business. This news is actually so great, that Tesla Motors has declared it the most official way, to the Unites States Securities and Exchange commission.

As it was largely expected (we knew Toyota and Tesla were working together), shares have been pretty stable, but everybody shall notice that this year or next year, Tesla Motors shall be making more money working for other car manufacturers than selling cars.

We hope that money will be enough to keep Tesla afloat before its next model, the Model S, starts to bring money to the company. Those $60 millions will be paid in various installments till the job is done, and that should be just before the actual availability of the Model S.