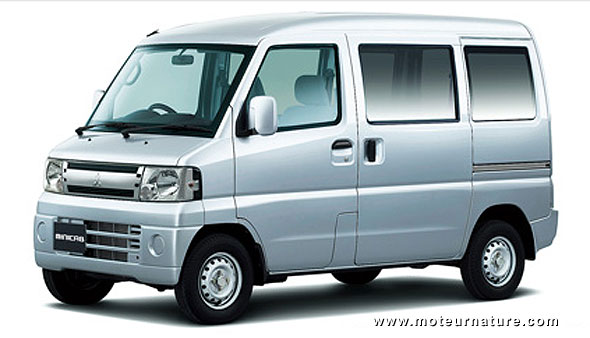 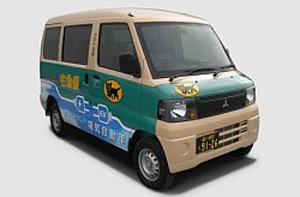 We already know the Mitsubishi I-MiEV, which is about to be available world-wide, but here’s a completely different vehicle, one that is very specific to the Japanese market. It’s called the Minicab. Let me tell you first that this Minicab doesn’t deserve its name, it should be called the Microcab. It’s that small! It’s smaller than a Fiat 500 or a Toyota Yaris, and you can think of the Minicab as Japan-sized if you had the opportunity to visit the old areas of Tokyo.

The Minicab has been on sale for several years with a gasoline engine, but seeing an opportunity Mitsubishi has developed an electric version. This has been done on a budget, and it shows as the complete drivetrain is taken without any change from the I-MiEV. The only difference is in the battery pack, which is substantially smaller, again to cut costs. Range is reduced too, from 90 miles in the I-MiEV to a rather poor 65 miles. But Mitsubishi explains it’s more than enough for many business uses in Japan.

The goal with the smaller battery is to make this electric Minicab more than 40 % cheaper than an I-MiEV! But wait as this new vehicle is not available yet.

Mitsubishi just delivered its first electric Minicab to its first customer, Yamato Transport Co. (small picture on the left, large images show the standard gasoline Minicab), but we shall think of it as a prototype being tested live by a good customer rather as the first sale of a new production model. Mitsubishi doesn’t hide its ambitions though: the Japanese company wish to sell 10,000 a year as soon as possible, and it may start doing so late next year.

I guess that with its I-MiEV, Mitsubishi had the opportunity to make many contacts with business users, who said they had different needs than the individuals Mitsubishi were chasing first with the I-MiEV. At the same time, Mitsubishi may have found out that the market for commercial-use EVs is larger than that for private use. Companies want to look green, to act green, and having a fleet of electric vehicles for everybody to see is a good way to do so. 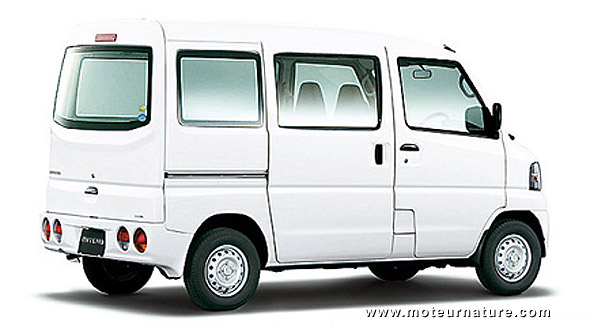 So there should be a great future for this electric Minicab in Japan, but don’t expect in anywhere in the U.S. anytime soon.