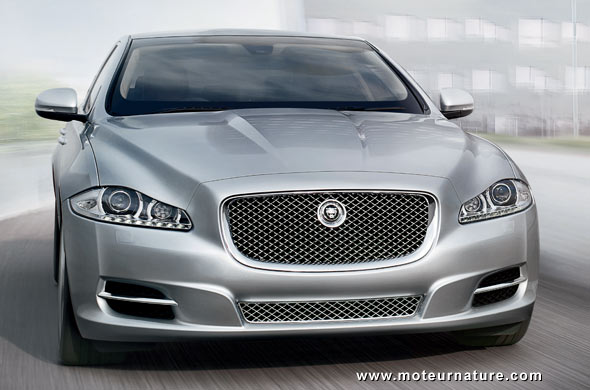 The Jaguar XJ is a great car. Few people would argue against it. It looks good, it has a powerful engine, and excellent road dynamics thanks to an aluminium chassis which keeps its weight at a reasonable level. In long wheelbase form, the European model makes less than 4000-pounds. Considering the size and the luxurious equipment of the Jaguar XJ, this is nothing but excellent.

But some people always want more. Some want more performance, some others want more security. Jaguar’s making a supercharged version for the first ones, and this armoured version, called Sentinel for the others. Just in case some guy would attack you with a .44 Magnum or an AK-47, you’d be safe in a Jaguar XJ Sentinel.

You might also not worry about someone dropping a grenade under the car, or about 15 kg TNT being detonated within close proximity of the vehicle. Of course, this extra-safety comes at a cost. The price is much higher, but we’ll talk here about the CO2 emissions penalty.

The armoured version of the Jaguar XJ, the Sentinel, is a super heavy-weight contender: 7275 pounds. Acceleration 0-to-62 mph which only requires 5.7 seconds in a normal Jaguar XJ, now takes 9.7 seconds. Fuel economy? CO2 emissions? Jaguar isn’t saying anything about these subjects, probably with the belief that they wouldn’t matter much to potential customers, but we have every reason to fear the worse.

Maybe that if you worry so much about your personal safety that you want a armoured car, you should stay at home.