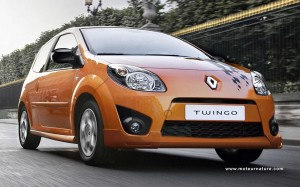 That is undoubtly the biggest news from this morning press conference between Renault-Nissan and the Daimler group (which owns the Mercedes and Smart brands). The two manufacturers will collaborate on multiple projects with the most important being a new small car platform. It will be used by the next generation Smart Fortwo, a future Smart Forfour, and most surprising the next Renault Twingo. Few people were expecting that. Renault has been building many famous rear-drive cars in its past history, but if you look at the past 30 years, 99% of Renault cars have been front-drive. Still, many old guys remember that in the sixties and seventies, Renault was selling its famous 8, a rear drive, rear-engined small car that won hundreds of races all over Europe. 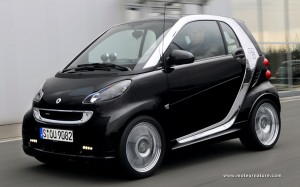 The next generation Twingo will never get the same spirit of its famous ancestor, but it may get some unusual handling characteristics, which many drivers would undoubtly enjoy. Today’s cars lack diversity. In too many car segments, the only choice is between front drive cars with transversal-mounted inline-four. You would like something else, but there’s nothing else. Well, there will be, thanks to Daimler. Those new models are expected in 2013 at the earliest in Europe, and nobody knows at this time if the new Smart Forfour will cross the Atlantic.

Mercedes will also get a new commercial vehicle based on the french Renault Kangoo, again, it will be Europe only. Later, Infiniti will get engines from Mercedes, and, to sum it up, Mercedes and Renault will share parts or facilities, and act together anywhere and anytime, if it makes business sense. This is not a merger, and it won’t be. Renault has deep french roots, and Mercedes has even deeper german ones. Nobody in France can imagine that Renault would become owned by the germans, and the germans would start a new war if Mercedes were to fall in non-german hands.

And to those who might be afraid of Mercedes loosing its aura, by teaming with Renault, there’s no risk. Nothing has been announced that would change anything in real Mercedes cars, large and powerful rear-drive sedans. Only Smart cars would get Renault parts.