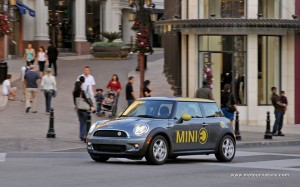 The city of Munich is about to launch a test-fleet of electric cars. It will start with 15 cars this coming september, gradually expanding to 40 cars. These will be provided by the local car manufacturer, BMW. Since BMW’s own electric model is not ready, yet, they will be Mini e. The same electric model that a few drivers from Los Angeles or New York are already enjoying today. So Munich’s experiment doesn’t look different from what’s going on in the US, but it is. The germans want to do it better, with green electricity.

That electricity will come from Stadtwerke München (SWM), the local public utility which provides the german city with water, electricity and gas. SWM has been heavily investing in green electricity producers for several years. It hopes that from 2020, 100% of the electricity sent to city resident will come from renewable sources. Hey! Germany’s a world leader in green energy, and it will stay that way. 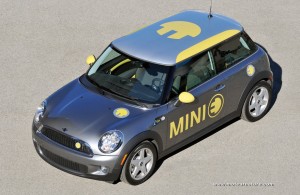 Siemens will install public charging stations in Munich, some also in private garages, they will only give green electricity. To that end, wind power, hydro power, geothermal energy, biomass and landfill gas, Bavaria’s doing them all. With particularly great success in cogeneration (combined heat and power).