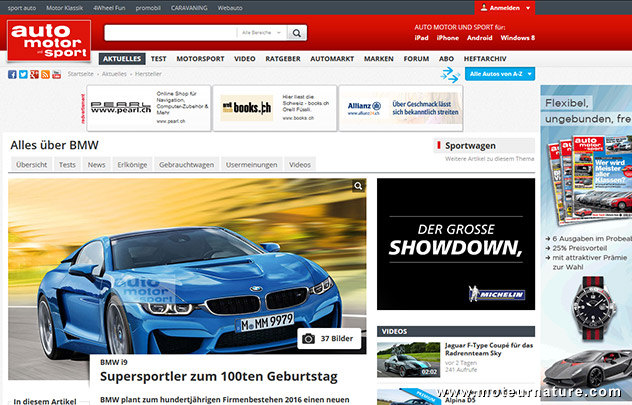 In its latest issue, German auto magazine Auto Motor und Sport gives an idea few people would have thought of. The BMW i8 is a very exclusive, very fast and very expensive car, nobody can argue against that, but the manufacturer may be thinking about doing something more. BMW will turn 100 in 2016, and it could make a special model to celebrate its 100th birthday. So how about a car above the i8? That would be an i9 according to Auto Motor und Sport. That new model would be more exclusive, faster and more expensive than the i8.

Does that make sense? The top end of the automotive market is going fine, no doubt about it, but always going upmarket cannot work on the long term. BMW already enjoys a highly-regarded image. The BMW i8 may be a great starting point, but how about going downmarket? It’s about time BMW starts competing with the Tesla Model S. That could be with an i6 or an i7, because it’s just not normal that Tesla sells an EV with a 300 miles range when the i3 cannot do more than 85 miles. An i9 certainly wouldn’t help!