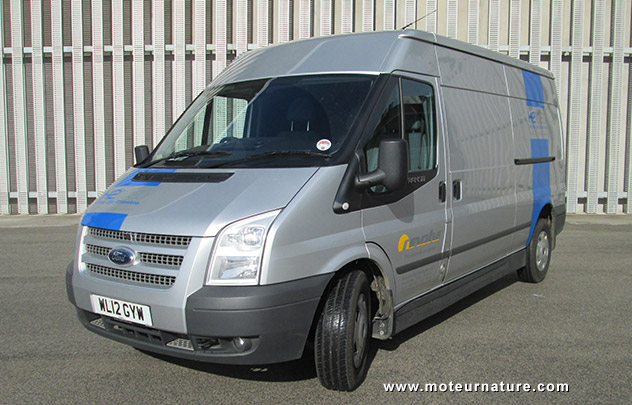 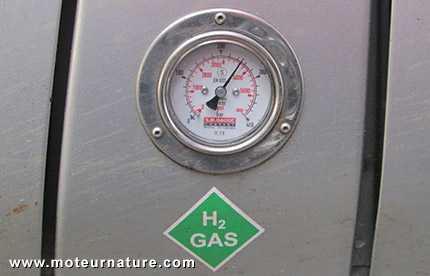 With a high roof and an extended wheelbase, this Ford Transit is a pretty large vehicle. A real full-size van, and those are not known for good fuel economy, but this particular model gets more than 80 mpg. There’s a trick here. This Transit van has been modified by Revolve, a British engineering company, and it doesn’t run only on diesel fuel. It also needs hydrogen. This is not a bi-fuel vehicle like there are many with a switch on the dashboard to run on gasoline or natural gas, this van runs on two fuels simultaneously. 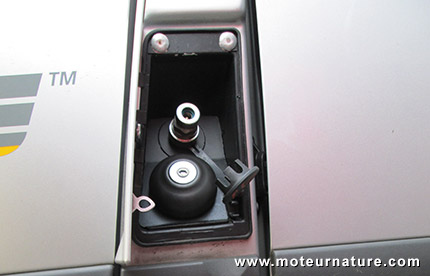 It starts with diesel, but as soon as the engine gets to its normal operating temperature, some hydrogen is added. The ratio between the two fuels is not fixed though. It can go as high as 95% hydrogen and only 5% diesel, but at max power, it’s 60% diesel and 40% hydrogen. In normal driving conditions, fuel economy is about 80 mpg and 25 miles per pound of hydrogen. That means CO2 emissions are only a quarter of what they were on 100% diesel, while particle emissions are reduced by more than 90%. So it’s not zero emission driving, but it’s close, and the best part is that it was achieved without any compromise on the base Transit van. 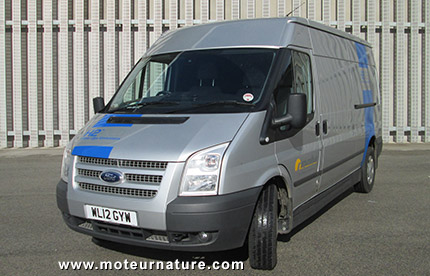 This remains a diesel Transit, complete with a 21 gallons fuel tank. EV drivers must compose with a short range, the driver of this H2ICED from Revolve must not. Range is 150 miles on hydrogen, but the van can still drive long distances running on diesel only. So it’s a unique proposition on the market: a very low emission vehicle for most usages which remains fully capable of the occasional long trip. True, the world still lack hydrogen stations, but to all those who can’t find an EV that suits their needs, this diesel-hydrogen technology from Revolve is an option which deserves a second look.