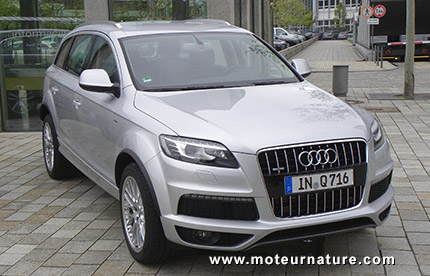 The idea of an Audi Q7 hybrid is not new. It has always been around. When Audi first unveiled its Q7, at the Frankfurt motor show in 2005, there was a concept of a hybrid model next to the production Q7 SUV, but it never left the concept stage. This is about to change. There will definitely be a production hybrid Q7, it will be a plug-in, and it will come soon. It might even be the next plug-in hybrid Audi, coming to the market just after the A3 e-tron, and possibly before the A4 and A6 plug-in hybrids.

Another thing’s for sure, it will have original tech. Porsche has recently unveiled a plug-in hybrid version of its Panamera sedan, and the Cayenne should get it too, but the powertrain in the plug-in hybrid Audi Q7 should be all different, despite the Cayenne and the Q7 sharing the same platform. The new plug-in hybrid Q7 is more likely to get a four-cylinder engine. It could be unveiled at next year’s Paris show, in September.