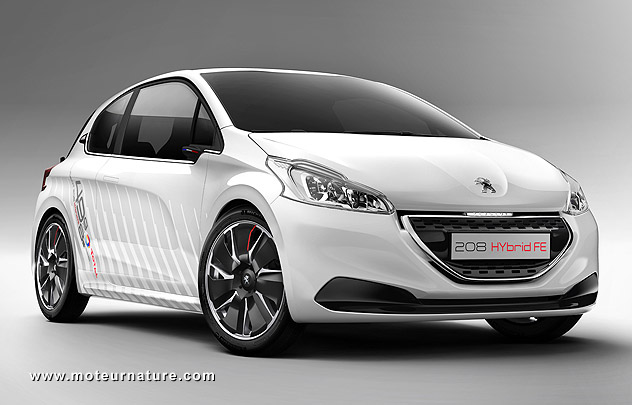 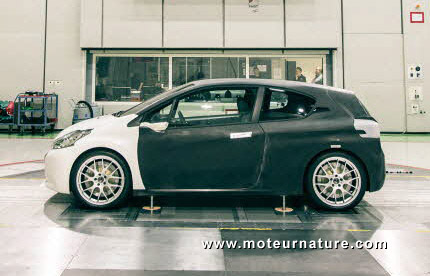 It’s an unusual concept that Peugeot will bring at the Frankfurt motor show. The 208 Hybrid FE. It looks just like the standard 208. It takes a second look to spot the differences, but there are many of them, all in the name of better fuel efficiency. The goal was 49-8, or a CO2 emission of 49 gram per km (.173 lb/mile) with a 8-second acceleration to go from 0 to 62-mph. Record fuel economy with decent performance. To achieve this, Peugeot’s engineers worked on four distinct fields. The first is aerodynamics. With a downsized engine, air inlet was reduced, and the rear has been streamlined with little appendices. Rear view mirrors have been removed and replaced by much smaller cameras, and tires have less rolling resistance. Their size then, is much different, being only 145 mm wide, on tall 19 inches wheels. That reduced the Cd to .25, an excellent value on a car so short. 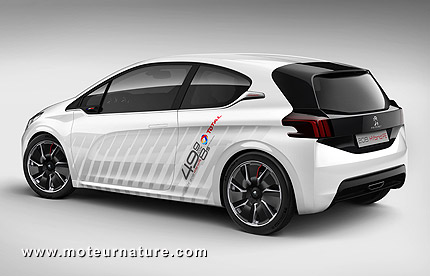 A second part of the work was reducing mass, and the engineers have been really successful here. Weight is down to 1720 pounds! The small wheels helped, with the narrow tires allowing the removal of the power steering. The power brakes have also been removed, which should give a pedal feel much different from what the average driver is used to, but the engineers found a trick to offset this: huge discs. Front discs have a diameter of 380 mm, just like a Porsche Cayenne. A moderate pressure should be enough to brake fast. Engineers were then given all freedom to get the lightest materials, no matter the cost. All body parts are made of carbon fiber, and windows are made of polycarbonate.

The engineers were also imaginative, since they’ve removed the front springs, the lower triangles and the anti-sway bar. What’s replacing them is a leaf spring made of some kind of a glass fiber resin. This “blade” saves 10 kg each, but many question the effectiveness of this set-up on a front drive car. Then, how do chassis engineers tune it? Everything lies within the part’s elasticity. 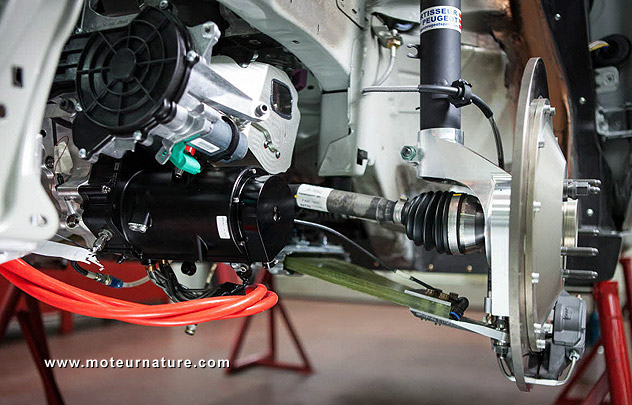 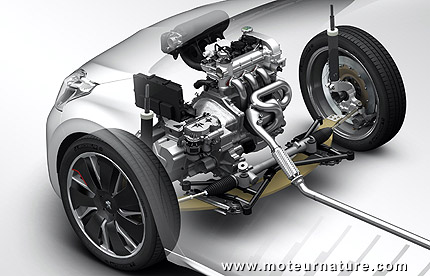 A lot of work went into reducing frictions inside the engine, as well as in the gearbox. Sadly, this last unit isn’t a conventional transmission, but an automatized manual. The engine is 3-cylinder, normally a 68-hp one-liter in the base 208, but surprisingly it has been bored to 1.2-liter, to make 25% more torque. Power remains the same, though. All the moving components were highly optimized, like the nitrated steel crankshaft, the titanium con rods and the aluminum-copper alloy pistons, which are cut from solid. 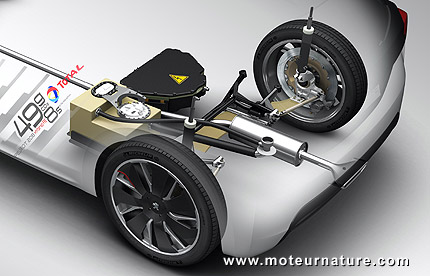 Despite the engine working on the Otto cycle, compression ratio is a diesel-like 16 to 1. Without the heavy block of a diesel, the engine’s longevity may be in question, but this is a one-off, so it doesn’t matter here. Finally, like the name says it, this 208 is a hybrid. It has a 30-kW with a .56 kWh battery to power it. A good thing is that thanks to the power accessories which had been removed, passenger and luggage space remain the same as in the stock 208. 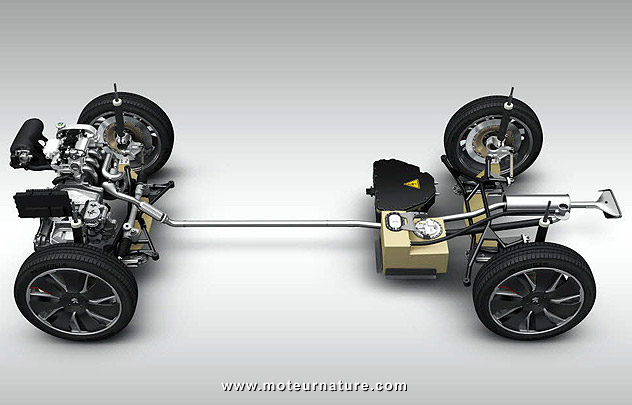 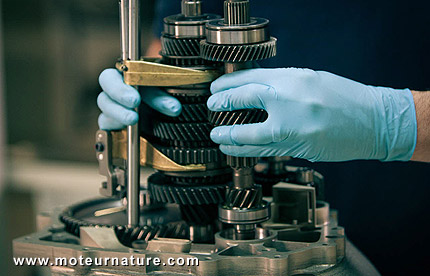 Total, the oil company, was a partner in the car’s development, and it supplied super high performance lubricants, most notably the engine oil, which has an unheard of 0W12 rating (average engine oil is 10W40). This oil reduces all frictions with the engine cold or warm, and it’s said to be more fuel-efficient than other oil on the market. So far, so good, but the real question is what’s next. This is a one-off running prototype, how can we expect its technologies to spread on the regular production model? Unfortunately, this is unlikely, as most of the technologies here are just too expensive for a cheap city car like the Peugeot 208. This Hybrid FE concept has Ferrari tech, and that calls for Ferrari prices…