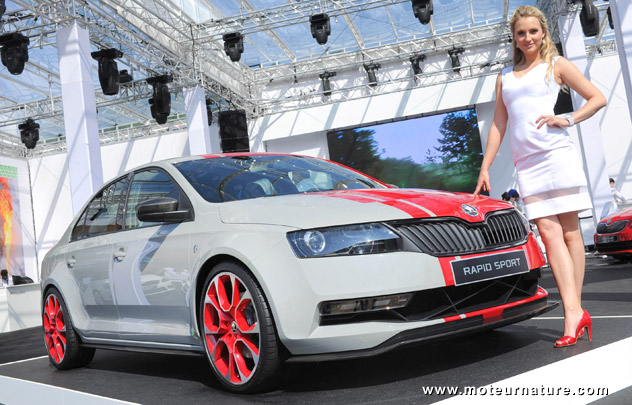 It is normal for the Volkswagen group to launch a new technology with its top brands (Audi and Volkswagen), before sharing it with its less glamorous brands such as Seat and Skoda. Dual clutch transmission and direct fuel injection are good examples of this theory. So as Volkswagen is about to launch two electric cars, the E-Up! next month and the E-Golf next year, many thought the world would see EVs from Skoda a bit later, but that won’t happen.

Several prototypes of electric Skoda Octavia have been built and tested, in the previous generation of the model. Just like the Skoda Rapid Sport concept which was shown this Spring (our illustration), and there’s high hope a sportier Rapid will be offered soon, but Winfried Vahland, Skoda’s CEO, has ruled out an electric Skoda in the short term.

Talking to German magazine Automobilwoche, Vahland said EV technology is still too expensive for Skoda. The Czech brand is known for value and moderate prices, qualities which do not go well with a lithium-ion battery pack. The CEO shows more enthusiast towards a plug-in hybrid Superb (Skoda’s top model) sedan though. Maybe in a future generation of the model. In the meantime, plug-in fans will have to shop at Volkswagen’s.